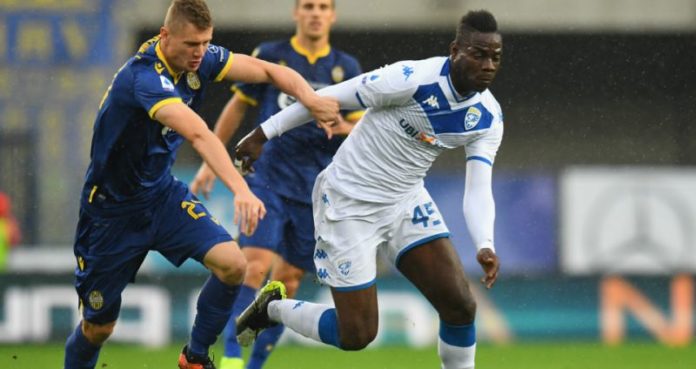 Once again, racism is the sad protagonist in the stadiums of the Serie A. This Sunday has happened in the Marcantonio Bentegodi Stadium, where Verona received the Brescia from Mario Balotelli. Precisely the Italian striker has been the last victim of one of the biggest pests in world sport.

The former attacker of Liverpool and Manchester City, among others, exploded after receiving throughout the game different racist insults by the fans of Verona: near the band, with the ball on his feet, he took it with his hand and He took it off the pitch giving him a blow full of fury. The referee of the meeting supported Balotelli’s decision and stopped the match until the racist screams ceased.

To calm Balotelli were not only his teammates but also the rivals, who hugged him and showed his support. The game stopped for a few minutes, during which the announcements of the Bentegodi public address system were heard in the middle of the beats of many fans.

Even after the game resumed, the whistles did not stop and continued every time Brescia’s number ’45’ touched the leather. Painful.

Watch: LeBron James reacts to big disappointment at the US Open