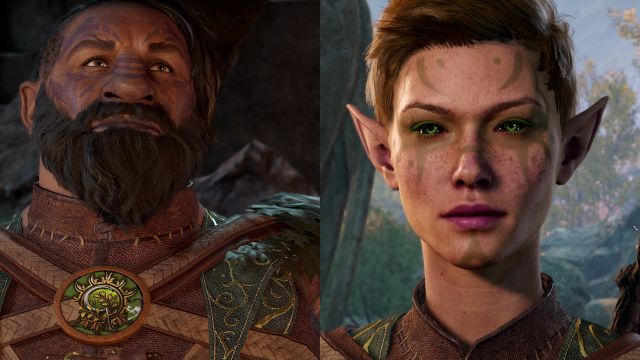 Baldur’s Gate 3 confirms its new playable race: the Druids. They will be coming to Early Access as part of Update 4: Powers of Nature.

Baldur’s Gate 3 receives a new playable race: the Druids. They will arrive in early access to the game as part of update number 4: Powers of Nature. Larian promises a class “with more than 30 new spells and abilities” with which to transform your wild side “into powerful beasts”, such as bears, cats, wolves and more.

So are the Druids in Baldur’s Gate 3

The confirmation comes from the hand of a new trailer where we can see them in action. Although the release date of the update has not transpired, the study claims to be “soon.” As we see on the class creation screen, Druids “channel the elemental forces of nature and share a strong kinship with animals. Masters of shaping the wild allow them to transform into beasts of all realms. ”

Becoming a cat, for example, allows you to go unnoticed by groups of enemies, or to sneak onto the roof of buildings that you could not otherwise access. As part of early access, you will be able to test it on the content portion available until the final version arrives. Remember that you will not be able to transfer your game to 1.0.

As for current affairs around the company, Larian has confirmed the opening of a new studio based in Guildford, England. It will be the sixth team to belong to the group. “Creating Baldur’s Gate 3 is a great undertaking and we are growing the team to help us follow the sun. We now have six studios around the world working in unison creating our most ambitious RPG to date, “they explain in a short tweet.

All these news are part of the second installment of Panel From Hell, a series of presentations where the news of Larian and Baldur’s Gate 3 is present. It was held today, February 17.

iPhone became the most wanted phone in OLX in 2020