Home Entertainment Baldur’s Gate 3: The best Shields (and how to get them) 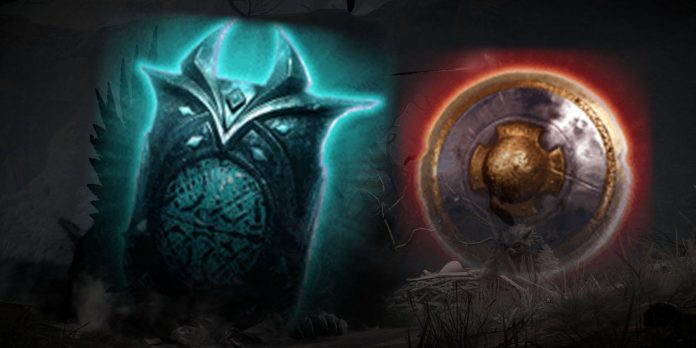 Anyone who’s ever loved classic CRPGs eagerly awaits the full launch of Baldur’s Gate 3, which finally continues the player’s story a century after the events of the second Baldur’s Gate game. This time around, players get stuck in the middle of a mind flayer invasion of Faerun, and they’re on a race against time to avoid being transformed into mind flayers themselves.

RELATED: D&D Games to Play If You Like Baldur’s Gate

However, players aspiring to prevent Faerun’s descent into total chaos in Baldur’s Gate 3 would need the right equipment to ensure their protection against the fiercest blows. In this regard, just which shields in this Baldur’s Gate title work best as formidable defenses for players?

In today’s wartorn realm of Faerun, characters in Baldur’s Gate 3 in need of ways to survive may rely on even the simplest of tools. Surprisingly enough, something as mundane as the Scrapwood Shield could easily get the job done. This Common Shield is found in the Shattered Sanctum, possessed by Novice Mrak and Devout Mezzka.

Being one of the earliest drops in the game, players who want to rely on Shield-based Baldur’s Gate 3 builds can have the Scrapwood Shield as a reliable companion. Given how a lot of the game’s shields don’t necessarily have special effects attached to them, the Scrapwood Shield is a readily-available defensive asset players should grab given the chance.

Characterized by its blue paint and the flaming fist drawn on its front, the Metal Shield is another Common Shield found throughout Faerun. Players familiar with Baldur’s Gate 3 lore will recognize the flaming fist as the insignia of the Flaming Fist, a mercenary group that usually serves as the city guard of Baldur’s Gate. One of the fastest ways to grab the Metal Shield is during the Risen Road, where players encounter a broken bridge just south of the Blighted Village, and under that bridge is a Metal Shield.

Similar to most other Shields in the game, the Metal Shield offers +2AC, which is a nifty addition to any wielder’s defense. Shield-focused builds in the D&D-based game should equip the Metal Shield as soon as they acquire it, especially Fighters and other melee builds that players want to give that “City Guard” aesthetic.

With Baldur’s Gate 3 highlighting the rather wilder components of Dungeons & Dragons lore with Mind Flayers, illithids, and inter-dimensional skirmishes, it’s not surprising how some of its items have rather weird appearances. Such is the case of the Organic Shield, a Common Shield with an appearance that is nothing but. Essentially comprised of combined tree stumps, the Organic Shield boasts an aesthetic that very well fits any nature-based build, such as a Druid or even a Life Cleric within a standard Baldur’s Gate 3 team lineup.

Players can acquire the Organic Shield in Putrid Bog, and is an item dropped by the Wood Woad. While it does only boast +2AC and no other effects, the peculiarity of its appearance is enough to merit an addition in any player’s arsenal.

Going into the realm of how fantasy fiction like Dungeons & Dragons usually depicts equipment is the Iron-Banded Shield +1. Boasting the appearance of a usual wooden kite shield with iron bands, this Common Shield is a more standard piece of equipment popular throughout Faerun. Unlike other items in the game that usually have specific NPCs that drop them, a lot of blacksmiths and merchants often sell the Iron-Banded Shield +1.

RELATED: Baldur’s Gate 3: NPCs From Other 5e Campaign Settings That Should Make A Cameo

Players may love Baldur’s Gate 3 for the wealth of options available in the game, especially with regards to NPC interactions. One such NPC is True Soul Gut, an old goblin woman and the leader of the Absolute. When players accept her branding into the Absolute, this is the only time they can trigger the abilities of special equipment, such as the Absolute’s Warboard.

Despite its appearance as a rather simple shield with a bloodied handprint, the Absolute’s Warboard boasts +2 AC courtesy of the Absolute Protection effect. This effect is akin to an Abjuration Baldur’s Gate 3 Spell designed to reinforce the defenses of players.

Players who need a shield in its purest and simplest form may want to opt for Shield +1, the upgraded form of perhaps the most straightforward defensive tool in the game. Similar to the Iron-Banded Shield, the Shield +1 is a rather accessible equipment in Baldur’s Gate 3, often found in blacksmiths and shops. Players who may want the Shield could like it for its appearance, as it’s circular in appearance with rather decent golden details that strays from its mundane nature.

The Shield +1 boasts +3AC, being one of the stronger shield variants in the game. Players who are more serious about their Shield-based builds or one-handed melee builds may want to grab this Shield to boost the defensive component of their toolkit alongside other useful Baldur’s Gate 3 Feats.

One of the more surprising qualities of equipment in Baldur’s Gate 3 is how a single item may change in appearance based on its upgraded versions. Such is the case of the Studded Shield +1, which strays away from the wooden circular shield aesthetic of its base form. Rather, this upgraded version boasts the appearance of a kite shield, leathery brown in color and filled with studs.

Players can acquire the Studded Shield +1 from merchants such as Shattered Sanctum’s Roah Moonglow, and Druid Grove’s Dammon. Likewise, this may be dropped by the likes of Taman and Minthara at the Chapel Entrance. This item boasts +3AC, making it an ideal item to get for players looking for developing one-handed melee builds, especially when used with other Baldur’s Gate 3 Feats.

Despite its rather quirky name that fits a Magic Item in Dungeons & Dragons, the Real Sparky Sparkswall remains an Uncommon Shield instead of a rare one. Fitting into its hilarity is its item description, where a certain Irre the Sparkstruck admires the lightning striking all around his companions. The item can be found in the Grymforge, inside a chest.

This Shield looks like the standard Shield +1, albeit this time with a silvery base and coppery details. The appearance may change once Baldur’s Gate 3 gets out of early access. It boasts +3AC, as well as lightning crackling around its base. What’s perhaps special about this Shield is its constant Lightning Aura, wherein four Lightning Charges can cause blasts of electricity to zap nearby enemies for 1d6 Lightning Damage.

Despite seemingly looking like a Shield +1 with a red aura, the Glowing Shield is perhaps one of the most compelling Shields of interest in the game. Sticking true to its nature as a Magic Item akin to those in Dungeons & Dragons, the Glowing Shield is an Uncommon Shield that has a peculiar way of discovery. Players new to Baldur’s Gate 3 can attain this item by completing the “Rescue the Grand Duke” quest. After venturing into the burning building in Waukeen’s Rest, players should break the broken door blocking their way in the second floor.

This Shield might only have +2AC, but it shines in its effect. The Glowing Shield boasts the Loving Protect effect, which gives players 8 Temporary HP when taking damage below 50-percent HP. This effect only happens once per Short Rest, and becomes a nifty life-saver for players who always venture in the front lines.

Crafting is one of the more underrated mechanics in Dungeons & Dragons, simply because there’s not a lot of means to do it while adventuring. Thankfully, players who do want to forge their own powerful Shield could do so in Baldur’s Gate 3, courtesy of the Adamantine Shield. This is one of the most unique-looking Shields in the game, boasting the curvature resembling that of an owl with a dull blue hue that denotes regality, as though coming from a Baldur’s Gate 3 NPC.

The Shield itself boasts +2AC, however it also has the Adamantine Shield effect. At its core, this effect ensures that all attacks that miss the player will Reel the attacker for a turn, allowing players to strike a counter-attack.

Baldur’s Gate 3 is currently in early access and is available for the PC.

Preview of the Prehistoric Kingdom: Simple but full of potential