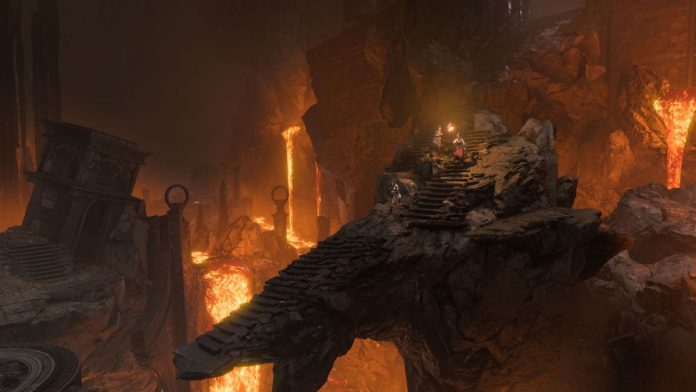 Baldur’s Gate 3: Patch 6 adds new classes, an entire region packed with new adventures, and a host of upgrades and modifications. Baldur’s Gate 3 continues with its active development through Early Access and now presents its most ambitious and expansive update to date, number 6, which incorporates a new region, new class and a long list of graphical, playable and interface, which represents a new inflection point to invite new players to participate in this open development phase and participate in a process in which Larian is very aware of the requests of the community, as they have already demonstrated in the different events and streams they have organized since the game appeared in Early Access.

Most striking is the addition of a new region, Grymforge, an ancient stronghold of the worshipers of Shar, goddess of loss, destruction and darkness. There we will find new missions, NPCs, encounters and puzzles, as well as the prelude to the kingdoms of the dark elves in Underdark. This area is accompanied by the largest graphic revision to the game, with what the studio calls a “massive graphic remodel” that includes a completely new lighting system, incorporation of light and volumetric fog, local light directing and support for DLSS 2.3. and AMD FSR. The result will be a game with a renewed setting and scenarios with more pronounced and realistic lights and shadows, something appropriate for our exploration in the bowels of the earth. And although less showy, a system has also been enabled in which the characters will appear sweaty, bloody or dirty depending on the conditions they go through, the kind of little details that you always like to see in a high-budget RPG.