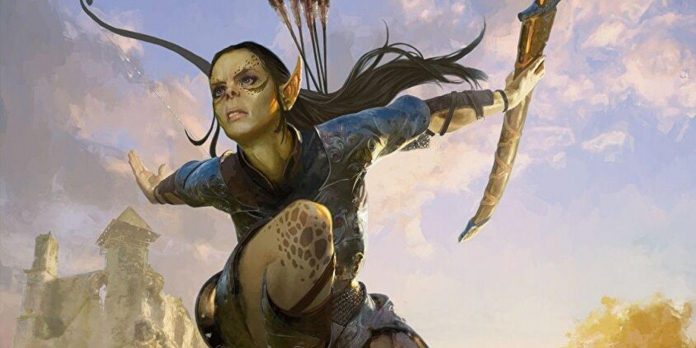 Fighters are one of the simplest and most approachable classes in Baldur’s Gate 3. While they form the backbone of a good party, they are by no means boring to play. Starting at third level, Fighters advance to new subclasses with special attacks, features, and even magic.

Fighters are mostly about being on the frontlines and defending allies. In some builds they might instead stand closer to the mages, firing arrows and other ranged attacks. However, with certain skill and class selections, they can gain some limited Baldur’s Gate 3 party support.

Related: D&D Classes That Are Still Missing From Baldur’s Gate 3

A Fighter is a great addition to a party, though several of the initial Baldur’s Gate 3 companion options are also melee fighters. Players should avoid stepping on their toes by having builds and skills that are redundant. It is best to mix and match the party until one finds a setup that is both strong yet versatile.

Baldur’s Gate 3 Fighters will want to pick a main type of weapon, either a powerful one that gets bonuses from Strength or a more agile one that uses Dexterity; the other ability score can be ignored or left at a minimum of 10. Constitution is also important as Fighters are likely to sustain damage, even if built for the backline. Mental stats depend on subclass – Eldritch Knights will want around 14 or more Intelligence for their magic casting. Wisdom should be at least 12, though more is always useful to avoid some of the deadliest saving throws in Baldur’s Gate 3.

The first Dwarven subrace is among the most ferocious in Baldur’s Gate 3. They gain +2 Constitution, +2 Strength, resistance to poison, and Dark vision to see further. Their extra racial proficiencies go to waste, as Fighters will already learn all of those at first level. All Dwarves are also slow-moving, making it hard to get into far-away battles.

The second Dwarven option makes them into a more robust Fighter. Instead of Strength, they gain +1 Wisdom and an extra +1 hit point per level. Both of these will make the player character much harder to defeat or subdue with various magic.

Githyankai are among the top Baldur’s Gate 3 Eldritch Knight options, having more speed than Dwarves and hit harder than Elves. All Githyanki have +1 Intelligence, +2 Strength, and can use Mage Hand at first level. Upon gaining level 3 they will learn the Jump spell for free, making them more agile.

High Elf is a great option for both Eldritch Knights and Battle Masters that want to make use of finesse. High Elves get +2 Dexterity, +1 Intelligence, and get a free Intelligence-based cantrip at level one. Players will want to get one that has battlefield utility, like Chill Touch, Ray of Frost, or Shocking Grasp.

This Halfling subrace is great for Fighters that both want to use Dexterity weapons but fight safely in melee. They gain +2 Dexterity and +1 Constitution. They can reroll 1s on attack, ability checks, and saving throws. Just like Dwarves, the Strongheart is resistant to poison.

The Rock Gnome is another resilient subrace option. Baldur’s Gate 3 Gnomes have advantage on all mental saving throws, making them naturally capable of dodging magic. They also gain +2 Intelligence, +1 Constitution, and add twice their proficiency bonus of History checks.

Baldur’s Gate 3 Fighters are already built around having high Strength and/or Dexterity. It is highly recommended to invest in skills that use either of those ability scores. This includes Athletics Acrobatics, Stealth, and Sleight of Hand; though having Perception can also be useful. Good Background selections include Outlander, Sailor, Soldier, and Urchin.

Starting at level one, players must select a preferred method of combat. Currently, this fighting style choice is permanent in Baldur’s Gate 3 and cannot be altered. However, future updates with level increases may allow for changes. For the most part, fighting styles that increase attack or damage are most useful – even tanky builds should go for more offense power.

Archery is good for bow users, as it adds +2 attack with all ranged attacks. Dueling is for single weapon and shield users, as it grants extra damage on hit. Great Weapon Fighting is useful for mitigating low damage rolls, although the new damage roll result can also be worse. The other fighting styles tend to be sub-optimal due to being too defensive or requiring precious bonus actions.

At first-level Fighters also gain Second Wind. This uses a bonus action to restore 1d10 + Fighter level worth of hitpoints. This can be great to prevent a full knockout, though fully resting later is still advised. At level 2 Fighters learn Action Surge. This allows them to take another full action during their turn. This isn’t just limited to base fighter abilities, but also subclass features like casting two Baldur’s Gate 3 spells.

The first Fighter subclass introduced in Baldur’s Gate 3 is Battle Master. Starting at level 3, they will have four Superiority Dice to utilize per short or long rest. These die are always d8s and be used on a number of special attacks. Some deal extra damage while others put enemies in a bad position.

Menacing Attack uses the Superiority Die to deal added damage and possibly inflict the Frightened status effect. Pushing Attack has a chance to push the enemy away up to 4.5m. Rally gives an ally a free extra 8 hitpoints. Riposte can be used as a reaction against enemies who miss attacks against the Fighter character. Disarming Attack forces the enemy to make a Strength saving throw or drop their held weapon. Finally, Trip allows the Fighter to ground enemies of large size or smaller.

A second Fighter subclass introduced in Baldur’s Gate 3 is Eldritch Knight. At level 3 they gain magic identical to that of a Dungeons and Dragons Wizard. But the downside is that Eldritch Knights have a much lower amount of spell slots compared to true Wizards. Just like with a Half-Elf, all Fighters will want to pick spells with a bit of utility. This can include Blade Ward, Dancing Lights, Ray of Frost, and True Strike for cantrips. Full level 1 and above spells should concentrate on defense or support like Protection from Good and Evil, False Life, Grease, and Longstrider.

Baldur’s Gate 3 is still in early access, limiting the number of class levels in a build. As the game expands in features, both Battle Masters and Eldritch Knights will gain new class features to even further differentiate them. Fighters themselves will be able to do several attacks per turn, use Action Surge twice or more, and even have additional subclass choices.

A 125 million-year-old dinosaur fossil has the oldest navel known to...