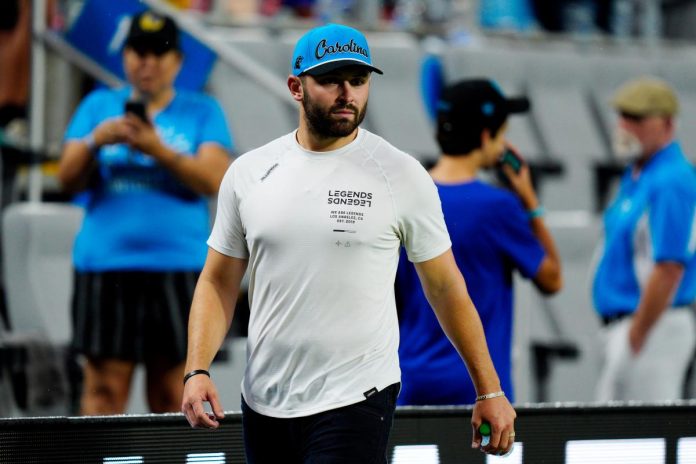 Carolina Panthers quarterback Baker Mayfield nearly scored from the game to take revenge on the Cleveland Browns, but eventually lost by a score of 26-24.

Speaking to the media after the game, Mayfield downplayed the importance of the game. He rejected the idea that it was particularly important and pointed out that there was still a whole season ahead.

“Everyone decided it was the Super Bowl. There are still 16 games ahead,” Mayfield said.

But NFL fans and analysts don’t believe it. Many noted that Mayfield made special T-shirts to mark the occasion, hoping to show everyone that this was his special revenge game.:

“They literally sewed him T-shirts for the game. He got off the leash… remember?” one user wrote.

“You made a T-shirt in honor of the game, man. He will never change,” wrote another.

Baker Mayfield didn’t quite perform like it was a revenge game, to say the least. He finished the game with 235 yards passing, one touchdown per pass, one rushing touchdown, and 59.3% completed plays.

But such numbers will not lead the Panthers to numerous victories over other teams during the season.

Mayfield may be lucky that backup Sam Darnold is injured because the Panthers need wins and they may not be sure Mayfield can get them if he plays so slowly in a game that is important to him personally.