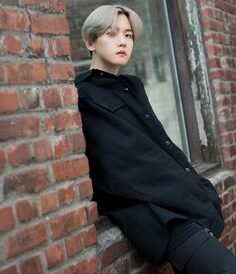 EXO has become one of the most popular K-pop groups, managing to sell thousands of records with each new album and surprising their fans with each EXO-Planet.

Among his individual projects is Baekhyun, who released his second solo album “Delight” and whose single “Candy” will make you dance and fall in love with the idol, his comeback has been a great success thanks to the support of EXO-L, we will tell you details.

Through YouTube and digital music platforms, Baekhyun released “Candy”, a single with rhythm and blues (R&B) sounds and the lyrics of which talk about conquering a girl by promising a sweet love that will make her addictive.

The MV already has more than 2 million views, the idol has managed to reach # 1 on iTunes in 46 countries, also debuted at number 2 on the Melon chart, one of the most important in South Korea.

The video shows scenes with an urban touch, where Baek gets together with some of his friends, visits a candy store and intersperses images from a slow choreography, but one that demonstrates the idol’s talent as a dancer.

“Delight” achieved over 500,000 copies sold, breaking the record for his first solo album “City Lights”, making it one of the best debuts of the SM company.