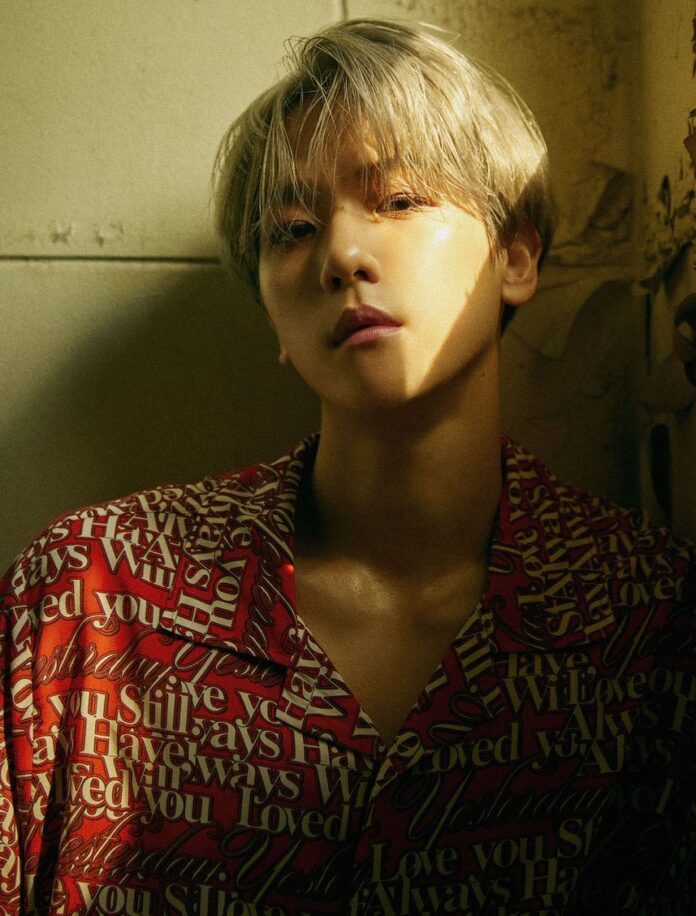 Baekhyun revealed what his greatest fear was and how his EXO teammates helped him overcome it.

On May 25, Baekhyun released his second solo album ‘Delight’, it was very well received by the public and managed to position himself in the best places in the music charts worldwide, the video for the single ‘Candy’ has more 15 million views on YouTube.

Stacy Nam interviewed the SM Entertainment idol for iHeartRadio, Baekhyun commented on some details about ‘Delight’, as well as expressed some feelings about his personality as an artist and what his deepest fears are.

Baekhyun said that all the songs that are part of ‘Delight’ are the facets that he wants to show all his fans, the different concepts and lyrics have to do with his moods and he thinks this record material is more fun than ‘City Lights ‘, their debut album.

The EXO singer revealed that when he made the first official photo session with his groupmates, he felt a little intimidated by the cameras, since he saw how the other members of his group posed and changed their facial expressions with great professionalism, when it was his turn he just stood with his hands steady at his sides without moving.

Byun Baekhyun explained that his poses were very rigid at the time because he is a very shy boy, who did not have enough confidence to show himself, he was also embarrassed that they would observe him while taking photos of him.

The ‘Stay Up’ singer learned from EXO how to model, not being afraid of photoshoots, plus, over time it was easier for him to take snapshots and now he thinks that being in front of a camera is an incredible way to express yourself.

DAESUNG AND TAEYANG OF BIG BANG FINALIZE THEIR MILITARY SERVICE

CS: GO: Gaules is the second most watched streamer on Twitch...

A Jimin photo adorns the BigHit wall for this reason

A Hacker Gets User Information By Bribeing Roblox Employee

Prediction That Can Also Mobilize Bitcoin

Ed Sheeran Is The Most Rich 30 Year Older Celebrity Of...

The touching letter that J-Hope dedicated to Suga