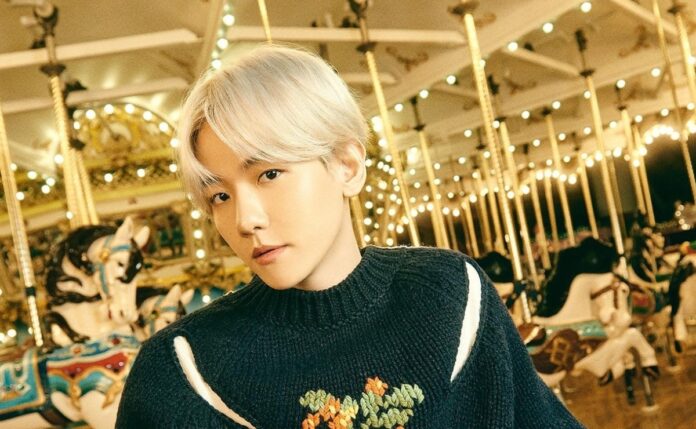 EXO’s Baekhyun premiered his new song “Amusement Park” and released an emotional MV as a year-end gift for his fans, the idol shining with an amusement park-inspired melody.

The vocalist of the SM K-pop group has had a great solo career thanks to his talent and personality, with “Delight” and “City Lights” he became the first artist from the agency to be a Million Seller and before it ends. In 2020, EXO-L got to enjoy a new winter ballad by Baekhyun.

Through its official YouTube channel, SM revealed the new MV for Baekhyun, his song “Amusement Park” is a gift for his fans, the clip already registers more than 1 million views just a few hours after being released. The atmosphere that the scenes show makes a perfect postcard for an evening of winter and love.

To celebrate the release of his new single and the achievements made with “Candy”, Baekhyun also announced his first online concert as a soloist through the Beyond Live project, which will take place on January 3, 2021 will begin with new projects for the idol, who surprised his fans in the video by singing completely live and not following a studio track.

Wearing a winter outfit, Baekhyun stood in front of the microphone in a sweater and dark pants, his blond hair perfectly framing his features and contrasted with the lights of the large carousel behind him. As if it were an acoustic concert, the idol was accompanied by musicians who performed the track live.

The idol described “Amusement Park” as an ideal song to listen to at night, imagining that you visit an amusement park, in addition, he assured that it is the perfect track for when you feel alone, because it will give you the feeling of being on a romantic date . The lyrics captured metaphors of an amusement park with the feelings you have for someone special, such as going to the haunted house and holding his hand, because you will not be afraid if that boy is by your side.

EXO-L shared various messages to show her support, as the MV seemed beautiful, aesthetically and musically, her online concert could be made up of the successes of her two solo albums, some OSTs or singles.

K-ARMY donates to fight the coronavirus in South Korea