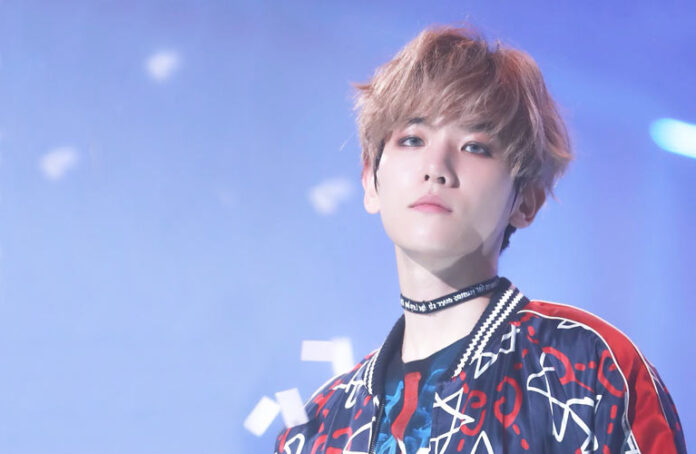 The idol organized a surprise party where the guests were his hundreds of followers.

The EXO singer celebrated a very special date with his fans through a live.

Baekhyun has been very active on his social networks and to celebrate his birthday that is May 6, he made a transmission with some of his fans via VLive, where more than 4 million people enjoyed his musical talent and good sense of humor.

From the comfort of his room, the idol showed himself to life with a loose-fitting shirt and his pajamas, he danced on his bed and answered some questions from the followers who enjoyed seeing him so happy.

To fill the atmosphere with rhythm, the performer gave his fans a mini concert, where he sang some of the most successful tracks from his album ‘City Lights’ for the audience, including ‘Betcha’ and other tunes that do not belong to this record material, such as ‘The Lonely Bloom Stands Alone’.

The moment of snacks came when the idol ate some sweets accompanied by his favorite drink, a cola, also some cake and cookies to celebrate his birthday with EXO-L, he took the opportunity to imitate the voice of one of his colleagues group, DO

It was recently announced that Baekhyun would be making his second solo comeback this spring, he confirmed this in some posts he posted on his official Twitter account.