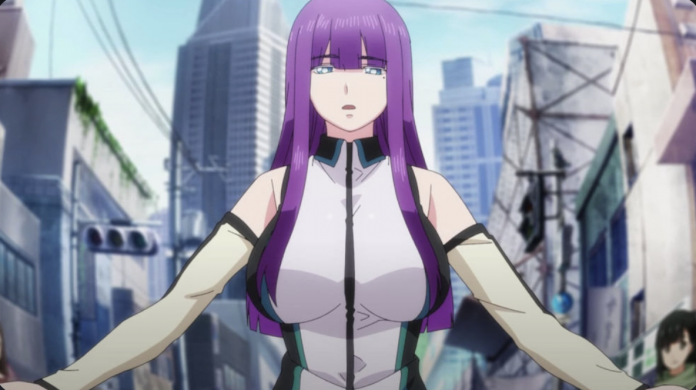 One of the premieres of the fall 2021 anime season, World’s End Harem, is delayed and is now due out until next year.

The World’s End Harem anime was originally set to premiere on October 8. But a few hours before its broadcast, its delay for next year was announced. That was through the official Twitter account.

Now its premiere is planned for January 2022. Despite the above, the first episode did reach Japanese television, but it will not be broadcast in the West. The above was confirmed by Crunchyroll itself.

The reason for the delay of World’s End Harem is unknown.

This anime tells the story of Reito, a young man who suffers from a disease for which there is no cure. Despite the fact that he lives in Tokyo in 2040, there is no remedy for his illness.

That is why he decides to undergo the cryogenization process. I mean, he will be frozen hoping that one day they can cure him. He wakes up five years later only to find that 99.9% of men have been killed by a virus and women are immune to it.

This is why Reito, like a few other survivors, now have a ‘harem’ of five billion. They are known as the Numbers and their duty is to reproduce. The problem is that the protagonist only wants one woman in the world and that is his girlfriend from his past.

So things will not be so easy in the future that he never expected. As revealed, the production team will remain intact to work on World’s End Harem.

This is how Studio Gokumi and AXsiZ are still on board, as is director Yu Nobuta. The same can be said for Tatsuya Takahashi, who is in charge of the scripts, and artist Miyabi Ozeki, who is responsible for character design.

It is not entirely clear what the delay of the anime was due to. Certain ‘circumstances’ are mentioned in the message on Twitter, but they lend themselves to speculation. Maybe the studios had some problems.

COVID-19 and the restrictions to work in Japan due to the disease is still very present. Some projects are delayed due to the above and maybe that happened to World’s End Harem.

Some studies have dealt with the problem as best they can, but others have a harder time. All that remains is to hope that there will not be a new delay in this anime, which is based on the LINK manga and is published by the Shueisha publishing house.