Home Celebrity Bad news, the series will come to an end with season 4 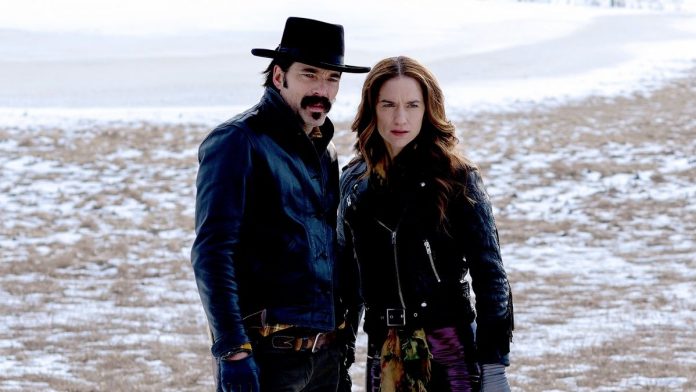 SyFy’s supernatural series Wynonna Earp will finally culminate its story when the final episode of season 4 airs, as officially announced this week.

With 6 new episodes left to finish season 4, the bad news was made known to fans of the Wynonna Earp series when it was announced that these would be the last to close the story, without mentioning the reason for the cancellation.

It was reported that starting Friday, March 5, is the day the last batch of new episodes is scheduled to be released through the SyFy broadcast network. At the same time, it was said that season 4 would be the last, the finale of which will air on Friday, April 9.

In this sense, the television creator, executive producer and showrunner of the supernatural series Wynonna Earp, Emily Andras, expressed through a statement from her the emotional recognition of her to the viewers. this is what she said:

“I would like to thank our wonderful cast and crew, all of whom were instrumental in bringing Wynonna Earp to our loyal and passionate audience. We could not be more proud of these last six episodes on SYFY, and we are delighted to share them with our beloved fans. , which have changed our lives forever. I have been honored to tell the story of Wynonna and her family, and together with Seven24, Cineflix and CTV Sci-Fi, we are hopeful that we can continue to share their inspiring stories in the future. ”

Recall that Wynonna Earp is the successful series based on the IDW comic created by Beau Smith. Her starring was Melanie Scrofano in the title role as Wynonna Earp, Tim Rozon as Doc Holliday, Dominique Provost-Chalkley as Waverly Earp and Katherine Barrell as Nicole Haught.

SyFy’s horror series Wynonna Earp tells the story of the descendant of legendary lawmaker Wyatt Earp, Wynonna, who inherits his mystical weapon, Peacemaker. With him, Wynonna and her group of dysfunctional allies must battle supernatural beings and other paranormal occurrences in a raucous, whiskey-soaked fight to break the demonic curse on her family.