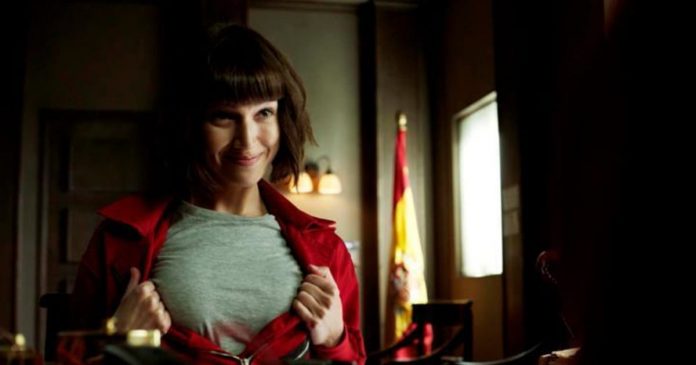 The popular La Casa de Papel series prepares for its season 5, while fans talk about a sacrifice that Tokyo will make to survive Rio.

After a key conversation between Tokio (Úrsula Corberó) and Río (Miguel Herrán), he may have revealed how the last season of La Casa de Papel will come to an end.

The theory that has been becoming popular with followers of La Casa de Papel suggests that Tokio can sacrifice herself and turn herself in to the police while she tells the story of what happened from a jail.

“Tokio and Rio in the bathroom of the Royal Mint of Spain during the reconnaissance and surveillance: Tokio said that her mother wanted to give herself so as not to die.”

“Such a desperate situation could arise that Tokyo would open the ‘door’ and surrender, and she would remain alive in the process while others could die.”

Tokyo’s story with The Professor (Álvaro Morte) picks up after her criminal life with an unidentified boyfriend comes to an abrupt end when her partner is killed in a shooting.

Now, since Miguel Ángel Silvestre’s entrance to the fifth season of La Casa de Papel was announced, it has generated speculation that the newcomer is most likely playing Tokyo’s murdered boyfriend in flashbacks.

All the theories of La Casa de Papel are pointing to a tragic end for Tokyo, which will end up being either the last survivor, or the only one arrested in this incredible robbery.

Kendall Jenner talks about the Christmas celebration with the Kardashians /...