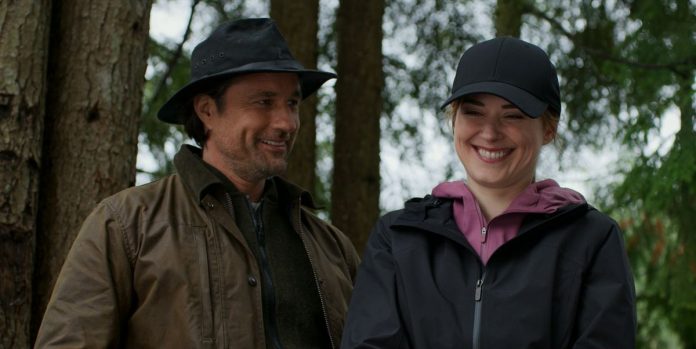 It’s only been a few months since Virgin River’s second season on Netflix, but after its thrilling suspense, fans are desperate for new episodes.

However, when a Virgin River fan asked the question, When? On Hollingsworth’s selfie on the show’s official account, he received a rather disappointing response.

The show’s official account shared the disappointing news that the bosses don’t even know when the third season will air. The account responded: We will let you know when we know.

Inevitably, it didn’t take long for some members of the Virgin River fandom to notice the bomb. And several were quick to express their frustrations, as one responded: That’s not a good answer.

While rumors continue to circulate as to when fans expect to see the new series, there has been no official announcement from Netflix. But if the show followed a release pattern, it would most likely be in October or November.

It goes without saying that when the release date falls, Virgin River fans will be delighted as they seek answers to some of their burning questions.

First of all, who exactly is responsible for shooting Jack in the season two finale. Theories have swirled among the fandom about who pulled the trigger.

The most plausible being Calvin (David Cubitt). However, some Virgin River fans are giving a more shocking reveal, with names like Charmaine (Lauren Hammersley) and Brady also included in the mix.

Brad Pitt: Shiloh has changed a lot in recent years!