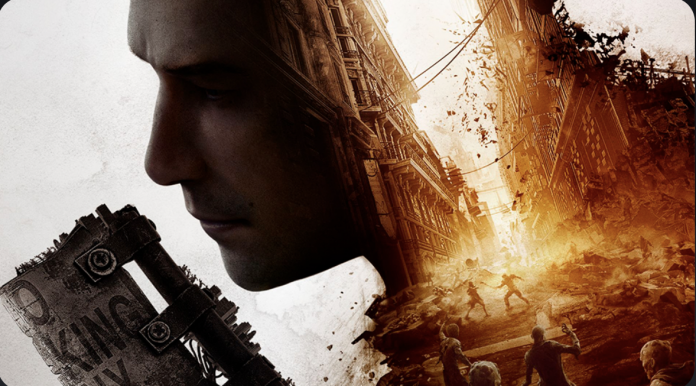 A surprise delay
Dying Light is a game that was very well received by critics during its release in 2015. This is because it put a different spin on zombie games by concentrating on parkour and hand-to-hand combat in a city infested with the dead. living. In addition to having an interesting system in which the nights were very dangerous, so you had to seek refuge.

Although it was a game that many liked, a sequel was not expected for Dying Light. However, it was announced in 2018 with the same creative team and with an estimated arrival date of early 2020, but the game was delayed. Some time later a preview was released with its mechanics and a new departure date for December 7, 2021. Now we know that it will not arrive on that date either.

Although surely many fans were already eager to have Dying Light 2 in a few months, unfortunately it will not be like that. The Techland team, its developers, shared a statement on their social networks announcing their delay and their new expected release date. Now will it be the good one?

Dying Light 2 leaves behind on December 7, 2021, to leave until February 4, 2022. In the statement, the CEO of Techland, Pawel Marchewka informs that the game has been completed and they are in the play test phase. . However, they believe that to achieve the vision they want to deliver to players, they need more time to polish and optimize it. 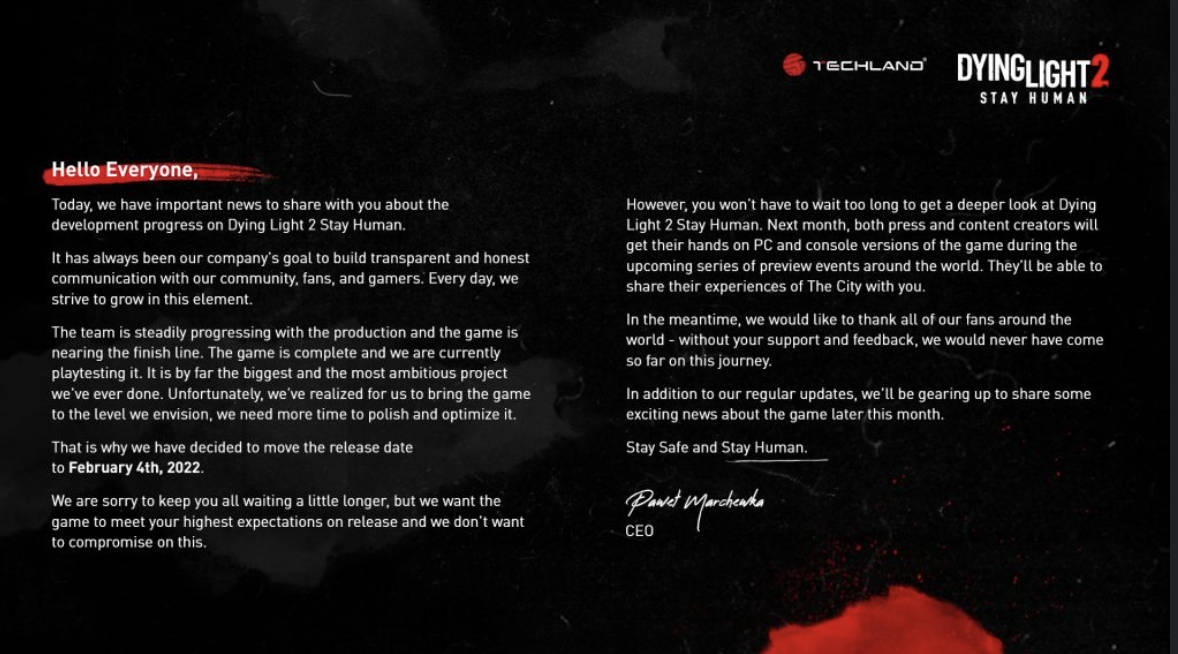 Marchewka also apologizes to the players for making them wait a bit longer, but he doesn’t want the team to sacrifice quality by getting him out sooner. He also assures that it is one of the most ambitious titles in which the company has worked. If so, maybe Dying Light 2 should take all the time it needs, so it doesn’t make a Cyberpunk 2077.

Hopefully Techland takes advantage of that extra couple of months to be able to achieve what they want with Dying Light 2. So far the trailers look interesting and it seems like they took the best of the first title and added some interesting new features to it. Also, now it is seen that they did a better job with the story, one of the most criticized aspects of the original. Are they one of those waiting for the new Techland title?