Home News Bad news from Bill Gates for the USA 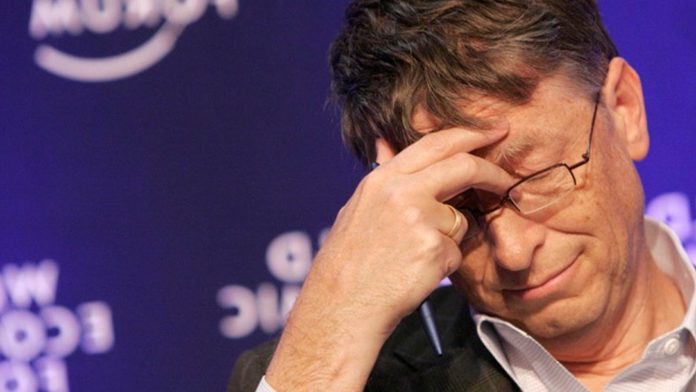 Microsoft’s co-founder Bill Gates said on Tuesday that the U.S. missed the chance to avoid mandatory quarantines because he did not act fast enough in the Covid-19 Corona virus pandemic. “Everyone should focus their attention on January,” Gates added.

“The USA missed the opportunity”
During the TED Connects online broadcast, Gates said, “The United States missed this opportunity. We did not act fast enough to prevent quarantine. ” said. The virus was first discovered in China in December. Government officials advised people to stay home to slow down the spread of the Corona virus, which infects at least 46,500 people in the U.S. Also; All non-mandatory businesses in California, New York and Washington were ordered to be temporarily closed. As a result, unemployment has increased in the country.

President Donald Trump said on Tuesday that businesses will open on April 12th to soften the economic impact. Government officials and healthcare professionals have criticized this call extensively, and pointed out that returning people to work will strain the health system and lead to more deaths.

Gates: Insulation is a disaster for the economy!
Gates agreed on Tuesday that isolation would be “disaster” for the economy. However, he suggested a 6 to 10 week closure, saying there really is no middle ground. Gates said, “It is very difficult to tell people this; keep going to restaurants, buy new houses. We plan to keep them spending. Because there is a politician who thinks that economic growth is more important. It is really hard to tell people that they have to do something even though they know that socialization has spread this disease. ” said.

Gates added that the United States should increase Covid-19 tests and better manage sick people. Gates said, “In terms of testing, we do not create sufficient capacity and apply it only to people in need. The subject of the test should be organized urgently. ” said.

Focusing on healthcare in his nonprofit Bill and Melinda Gates Foundation, Gates answered questions at Reddit last week to talk to users about the COVID-19 outbreak. Gates made a date for the Corona virus vaccine.

Bitcoin: The most profitable investment of 2020