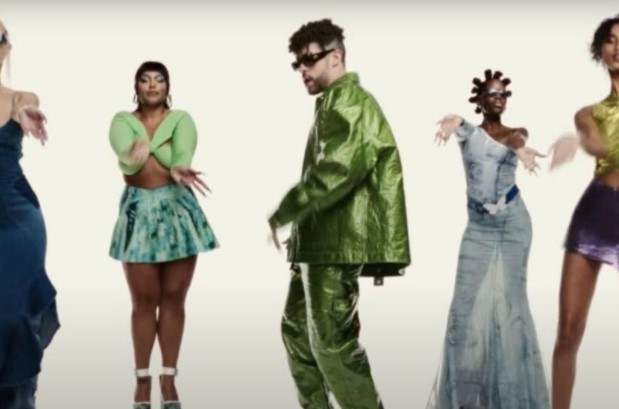 There is no doubt that one of the most popular dances in the world is that of the Macarena, since it does not matter in which country you are, if you are at a wedding, a casual party or just sounds somewhere, it is sure that all their unmistakable choreography is known; Bad Bunny, the most listened to singer of 2021 (and 2020) globally, brings it back, so it will surely be a boom next year.

The song that was originally released by Los del Río in 1996 and spent more than 15 weeks in the top one of the playlists, recorded by Antonio Romero Monge and Rafael Ruiz Perdigones, now receives a remake that remains faithful to the original, but with a new music video starring the Puerto Rican alongside top models such as Imaan Hammam, Iris Law, Plom Elsesser, Sherry Shi, Richie Shazam, Oyinda, Jazelle, Jourdan Daniels, Dilone, Lindsey, Cara Taylor, Maria Isabel, Aweng, Yasmin, Parker Kit Hill and Angel.

The video clip was made in collaboration with Vogue magazine under the direction of Bardia Zeinali. with colorful outfits, visuals that evoke the beginning of the decade when “Macarena” had its success and the intention of invading the era of TikTok.

To the surprise of some, Bad Bunny did not add a verse to the new version of the song, because being something so iconic in music, he decided to respect 100% the original style of Los del Río.

Exclusive: Pharrell Willams is on his way to Brazil to participate...