Home Entertainment Back 4 Blood Will Require Internet Connection To Work 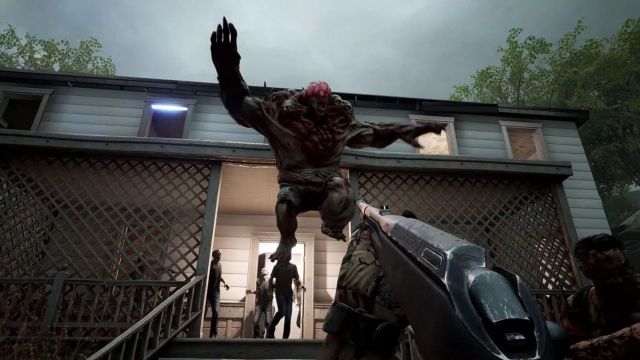 Back 4 Blood: The cooperative game from the creators of Left 4 Dead will be released on Xbox Game Pass and will allow you to share the DLC with your colleagues.Warner Bros did not present some of its most ambitious projects at E3 2021, but it did have space to show Back 4 Blood, the new title of Turtle Rock, also creators of Left 4 Dead. This title, a kind of spiritual successor to the game published by Valve, will once again bet on cooperative multiplayer. Of course, it has been confirmed that at least at launch it will be necessary to have a permanent connection to the Internet.

“We are exploring ways to offer offline support in the future, but you will need an Internet connection to play at launch,” has clarified the official Twitter account of the developer. Another feature that will not be introduced when the title hits stores is the ability to play split screen. However, as in the previous case, they do not rule it out for future updates.

Objective: not to divide the community

As in any video game with a multiplayer approach, the fact that one user has downloadable content and another cannot create barriers that prevent enjoying the product on equal terms. However, Turtle Rock has thought about that question and has promised that all DLC will be shared between the different partners. In this way, if the leader of the group acquires some extra content the rest will be able to access while they share the games. This will also work in PvP modes and in the game’s card system.

Back 4 Blood will be released on October 12 on PS4, PS5, Xbox One, Xbox Series X, Xbox Series S and PC. In addition, during the Xbox and Bethesda conference of E3 2021 it was confirmed that the game will also be available from day 1 on Xbox Game Pass, Microsoft’s subscription service. There is less left for the apocalypse!