Home Entertainment Back 4 Blood Takes The Chest Out of its PC Version in... 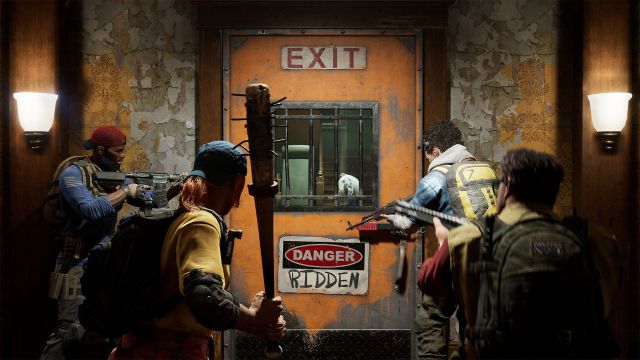 Back 4 Blood shows some of the functionalities that will accompany the dedicated PC version, such as support for NVIDIA DLSS technology.Back 4 Blood, the new game from the creators of Left 4 Dead, shows the muscle of its PC version in a new trailer. Turtle Rock Studios has confirmed some of the features that will arrive at launch in this version, such as NVIDIA DLSS support and support for ultra-wide monitors, in addition to multiscreen mode.

Back 4 Blood on PC: new trailer

If you have the right equipment you can reach up to 4K resolution with unlimited framerate. In the options you will find “multiple settings for the customization of the graphic quality”, so it is in your hand to be able to experience the game as you want, as long as the components of your PC accompany it.

Despite putting the magnifying glass on it, the study has not yet shared its list of minimum and recommended requirements. Hopefully as the release nears they will finally transcend the public. It is scheduled to arrive on October 12 on PS5, PS4, Xbox Series X | S, Xbox One and PC; the latter will be marketed on Steam, Epic Games Store and Microsoft Store. On the other hand, Xbox Game Pass users will be able to enjoy the full version from day one in the Redmond ecosystem.

In recent weeks, some of the peculiarities of the game have been revealed in terms of functionalities. We know that as soon as it is put on sale, it will require a permanent internet connection to play, even if we are only accompanied by artificial intelligence. Asked by a fan, the team explained that they are investigating some ways they can support offline support in the future, but will not change the decision on October 12.

A few months ago we reviewed the latest information about this proposal. You can read the full advance by clicking here.

Horizon Forbidden West: All Weapons and How to Get Them