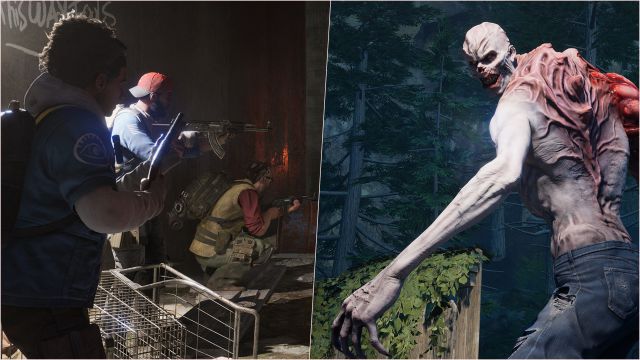 Back 4 Blood reveals its card system as part of a new gameplay. You will be able to modify the performance of the group and enemies in each game.

Back 4 Blood, the new first-person shooter from the creators of Left 4 Dead, shows its playable muscle in an unreleased gameplay. In it we can see what it will be like to fight with the intense zombie waves and their special archetypes, where the appearance of an enemy of great proportions stakes. It does so as part of the spring edition of the Future Games Show festival.

Among the novelties that Turtle Rock reveals, the card system stands out. Throughout the games we will get others that we can use each time we return to a shelter. The game director influences the corruption cards, those that affect the threats that we will see at that level. Broadly speaking, they function as a kind of mutator, altering the function of both normal and special enemies.

The rest of the players (maximum 4 per game) can use their deck to add modifiers in their favor. Higher speed when reloading, more health, improve the probability of finding better equipment, among others. As for the weapons, it is shown that these are cataloged according to their value, that is, performance on the battlefield. It seems that there will be more flexibility in the face of Left 4 Dead, especially when seeing the arrival of accessories. No further information about them has emerged.

We recently knew about the delay of its launch. Expected in principle for June 22, it will finally arrive next October 12 to PS5, PS4, Xbox Series X | S, Xbox One and PC. The studio claimed to need “more time” to make Back 4 Blood “the best possible launch game.” It won’t be long before we get to test it – they’ll release an open beta on consoles and PC sometime this summer.

The Creators of “Wednesday” Told How Netflix Wanted Them to Cut...

Cyberpunk 2077 is the most downloaded on PS4 in June after...