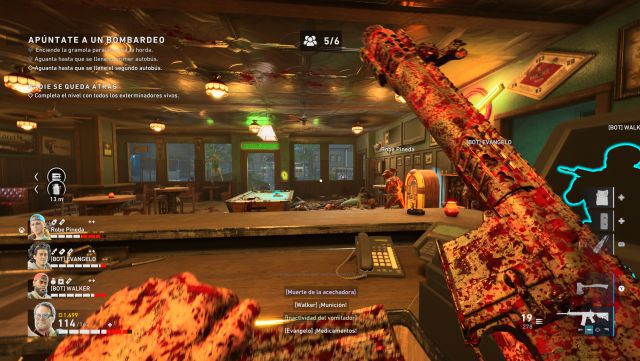 Back 4 Blood: The game receives one of the most demanded functions by users, along with several improvements and new features. We offer you all the details of the patch. Back 4 Blood has been on the market for just over 3 months, and just now it has just added an element that many users have been asking Turtle Rock Studios since its premiere: the possibility of playing the campaign alone and without having to connect to the internet. . This feature is part of a large free update, which brings with it many changes and fixes. Here we offer you everything that it includes.

Back 4 Blood: the successor to Left 4 Dead?

It is one of the questions that have always been on the table, since the Turtle Rock Studios title offers a very similar proposal: cooperative action for up to 4 players, who must face hundreds of zombies while they go through different levels until they find a refuge in the one to reassemble before continuing the journey. In addition, the game has been developed by members of the studio that at the time designed Left 4 Dead.

In our analysis (8.2 out of 10), we said that “Back 4 Blood knows how to make you enjoy yourself from the first moment. It is one of those cooperative titles necessary for the genre thanks to its possibilities in the long term and how satisfying it is in the short term. The surprising thing about Turtle Rock Studios’ work is the toughness it proposes from the first minute, even in recruiting difficulty ”.

Back 4 Blood is available on PC, PS5, PS4, Xbox Series X | S and Xbox One. In addition, it is currently part of the Xbox Game Pass catalog.