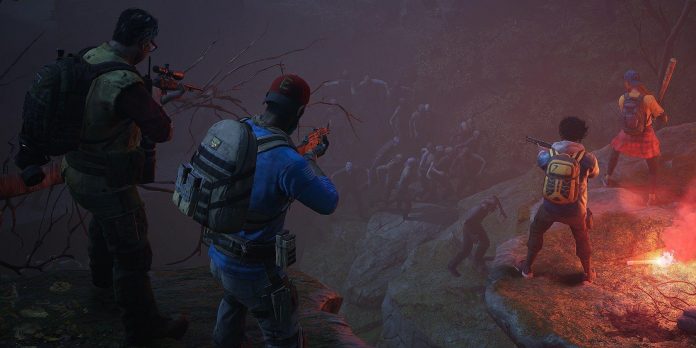 As a cooperative shooter, Back 4 Blood from Turtle Rock Studios is a pretty decent game. Having perpetuated zombie FPS, he, unfortunately, could not compare with the legacy of Valve’s Left 4 Dead series, which they hoped to continue. It currently has a “mostly positive” rating on Steam, so it still has fans. On top of that, the developer is releasing new updates and content, and a new tweet suggests that new extensions are on the way.

As noted by VG247, a message on the official Back 4 Blood Twitter profile says that “Extension 2” is already ready, but there is no indication when it will begin to deploy or even what it will be associated with. However, it seems that there are a couple of hints in the tweet, for example, mentioning that things “look like a cult around these places.” There is also the word “act”, which for inexplicable reasons was written with a capital letter. It’s impossible to say if this applies to the upcoming DLC, so all fans can do at this stage is to speculate and hope that new news is just around the corner. .

In response to one comment, the studio also announces that there will be a third addition, so it looks like the game will get a lot of new content in the future. Back 4 Blood should also get bear traps at some point, which may be due to the mention of these new extensions. Again, it’s hard to say, but it seems to the fans of the game that there is something to count on.

As mentioned above, the game was trying to become a spiritual successor to the Left 4 Dead franchise. However, some felt that he could not reach the heights of his predecessor. Despite the fact that it contains the attributes of classic shooters, such as a cooperative game for four players in a zombie apocalypse, in which team members must work together against hordes and special infected, it did not seem to have the spirit of L4D. That and Back 4 Blood is a notoriously difficult game, and a relatively recent update has made it even more difficult.

Although there are many fans, many believe that the game has become one of the most disappointing releases of 2021, along with games such as Battlefield 2042 and Aliens: Fireteam Elite. He has struggled to get on the shoulders of Valve’s Left 4 Dead games, but obviously he has more than his share of players if Turtle Rock wants to keep releasing new content.

Back 4 Blood is already available on PC, PS4, PS5, Xbox One and Xbox Series X/S.

The director of “John Wick” spoke about the possibilities of the...