Home Entertainment Back 4 Blood: Beta Impressions. Under The Shadow Of Left 4 Dead 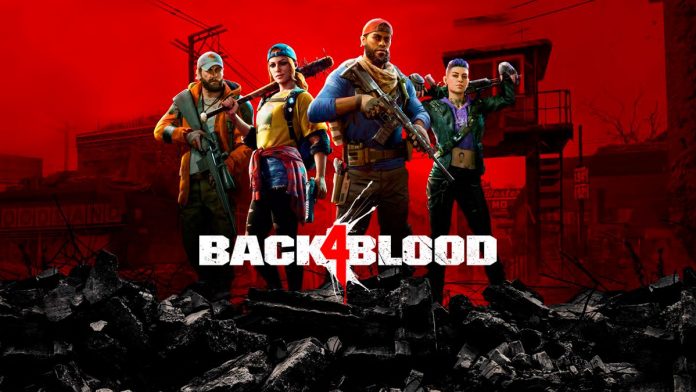 Back 4 Blood: The multiplayer zombie slaughter is back, but better than ever? Sometimes the markets are not able to provide a suitable product for some consumers. For years, Left 4 Dead fans have found themselves in this situation. Despite a good number of cooperative games that could seem similar like Killing Floor 2 or GTFO, the truth is that none have managed to replicate what makes the Valve saga continue to be more than alive on Steam today. The personality of the survivors, the way of telling a story through the stage, the simplicity of its premise and execution, long campaigns with cinematic moments, its unique versus mode … these are the many layers that separate Left 4 Dead from the rest of cooperative games matazombies.

One thing that can be easily forgotten is that Left 4 Dead doesn’t start at Valve. Turtle Rock Studios were the original ones in charge of designing the first title to later become independent and work on the less popular Evolve. Now they return to their creation to fill that gap in the market and give the community a new game with the number 4 in the title. After a few days with the latest beta, we come to tell you if it is capable of winning the crown of the genre or if we are facing a clone without a soul.

We start our game in a military camp where we can talk to different individuals to enter a game, customize our deck of cards (more on that later), etc. In our case, we press tab to open a comfortable menu that performs the same function more efficiently. Before starting to play we must mention a detail: without an internet connection it is impossible to enter the game since it performs a login at the beginning. In the same way, the AI ​​of the bots available for now and a few months after launch is frankly very improvable. They are decent at killing zombies but incapable of teamwork.

Each campaign starts in the den where we can buy supplies (there is an economy system), choose our cards, get weapons and ammunition … We try here to replicate the technique to tell stories through graffiti on the wall of Left 4 Dead but without the wit or mystery inherent in those. Neither the “Cleaners” or Cleaners, a nomenclature used for players, have the personality of those of Valve although we must praise the amount of them. It will be interesting to discover all the interactions available over time, but most of them do not have that quality in the script, that ingenuity in the jokes that is characteristic of the writers of Valve. Upon exiting the lair, the battle begins and these things take a backseat to the tide of undead.

The first thing we notice is that, visually, the game is attractive if nothing exceptional. Everything looks too “clean” for a post-apocalyptic universe, the lighting being especially worrisome. These games benefit from changes in the environment, new situations that generate different dynamics throughout the campaign. The inability to create sufficiently dark environments makes a key element of horror game tension conspicuous by its absence. This limited lighting also makes everything a shade between gray and blue, regardless of whether we are in a dreary tunnel or lush fields.

This classic action comedy is mainly planes, trains and cars with...