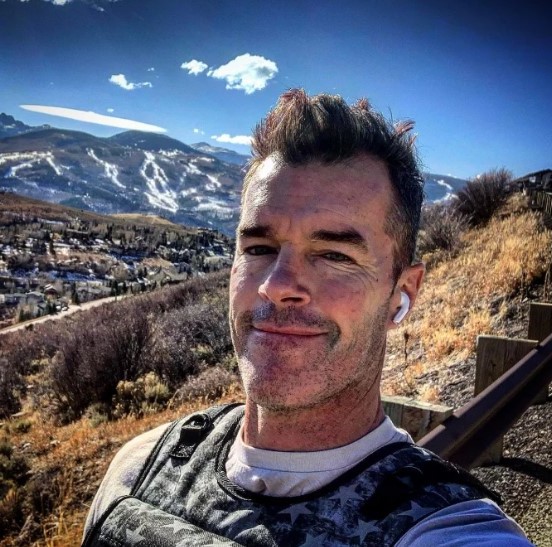 Successes. Ryan Sutter reflected on the “overwhelming” attention he has received since talking about his health issues and shared how he remains positive in the fight against Lyme disease.

The former Bachelorette star, 47, recalls her journey in a lengthy Instagram caption on Monday, April 11, along with a photo of bees. “It’s been about two years since I started feeling bad,” he began. “Looking at these little bees reminds me of a journey that challenged my life—and those in it—in a way I don’t think I could ever have imagined.”

Sutter continued: “People turned with their opinions, advice, diagnoses, support and questions. It was overwhelming—both good and bad. I have learned about conditions that I never knew existed, and about suffering in quantities that seem impossible. I wish I could help. I want to help. But I found that this journey was extremely personal. It seems that no two paths are the same? So, although I would like to give advice about bees or something else, I don’t dare to talk much.”

The firefighter, who publicly revealed his Lyme disease diagnosis in May 2021, noted that he did not want to assume that his experience was universal. “I know what it’s like to be in desperate need of answers, chasing after every suggestion and being disappointed in the treatment, the idea and the system. What I can offer is hope,” he added. “I’m in a much better position now than I was two years ago. Simple lifestyle, diet, and worldview changes have been extremely beneficial and represent strategies that can be implemented and effective regardless of health status. I believe I’m on the right track now.”

Despite his ups and downs over the past two years, the former ABC character told his followers that he feels “excited” and “happy” about how he’s gotten better. “If necessary, I will continue to share my journey,” he concluded. “And, as always, I will continue to encourage others to find their…”

The Colorado native’s health first deteriorated in February 2020 after an 18-week fire academy at the Denver Fire Department. After months of questions and tests, he announced on his wife Trista Sutter’s “Better, Etc.” podcast that he has Lyme disease, Epstein-Barr virus and mold poisoning.

“It looks like it’s something I’ll always have,” he explained in May 2021. “Now I know and I can restore my immune system to fight it.”

49-year-old Trista then noted that her husband’s journey was “difficult” for their family. The reality TV stars got married in 2003, they have children Maxwell, 14, and Blakesley, 13.

“It’s very hard to see the person you love most in the world struggling,” Trista explained. “He’s a big, strong guy, and to see him get emotional and feel hopeless—all I could really do was protect him, which I did.”

After receiving the diagnosis, Ryan also underwent knee surgery. He graduated from firefighter training in June 2021, thanking his loved ones for their continued support as he celebrated the occasion.

“Maybe things didn’t go the way I thought, hoped or expected,” he wrote on Instagram at the time. “It was not an easy year and not an ideal process. It was hard—intentionally so. But now it’s in the books, and with the tireless support of my family, I did it—we did it!”

Tomorrow belongs to us: Valérie will be back soon!

Miley Cyrus sells her Malibu home with the utmost discretion!