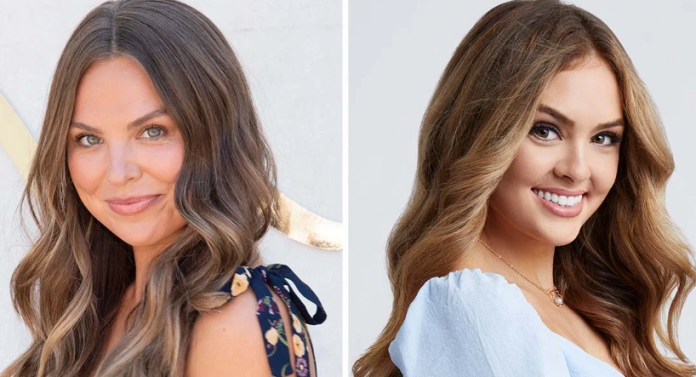 Double vision? Two decades later—and more than 40 seasons combined—fans saw it all in “The Bachelor” and “The Bachelor.”

In fact, some viewers believe that the ABC series is starting to seem redundant, at least when it comes to the participants, many of whom have become similar to each other.

The franchise took the doppelganger trend to a whole new level in 2016 when they invited identical twins Emily and Hayley Ferguson to participate in a season of the Ben Higgins series. Women, however, had no problems trying to woo the same man.

“We’re just not very competitive,” Haley told E! News for January 2016. “We have a common understanding of what is happening here. So we discussed it even before we met Ben.”

Emily, for her part, stated: “We talked about it, it doesn’t really matter. Whoever Ben gets along with is obviously just the best twin! It’s up to Ben, it’s not up to us!”

While the Ferguson sisters are actually related, there are several other similar members who have attracted the attention of Bachelor Nation over the years. For example, Susie Evans from season 26 caused a stir on the first night when viewers could not understand how much she looked like the former bachelor Hannah Brown.

“Hannah Brown? Is that you?” One Twitter user asked in January 2022, sharing photos of the former Miss Virginia and the “Dancing with the Stars” champion. Another fan tweeted: “Are you saying it’s NOT Hannah Brown?!”

The women seemed to be separated at birth because of their honey-brown locks, wavy hairstyles, theatrical past and wide smiles with a similar dimple arrangement.

When it comes to the cast of “The Bachelor,” Luke Stone from season 15 seems to be the spitting image of Nick Viall, who participated in the 10th and 11th seasons of the series before heading to “The Bachelor” in 2016.

While working on “Bachelor in Paradise,” Luke S. was constantly compared to Nick, so much so that a colleague in the season 6 film Haley called him “Nick Vialla for the Poor.”

However, the host of the podcast “Viall Files” did not notice the similarity. In September 2019, Nick joked about the difference between men, captioning his photo “Not Luke S.” Luke replied: “That’s right.”

The Wisconsin native then pointed out that Luke is “a guy with a beard and curly hair,” adding that “several people” told Nick that the political consultant “doesn’t look like me at all.”

Kendall Jenner and Ben Simmons together again? The video that sows...