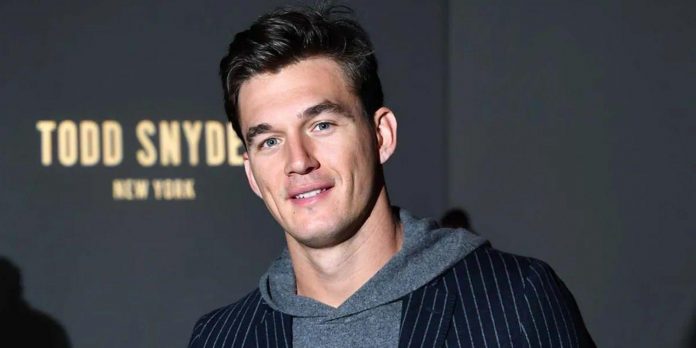 Tyler Cameron, runner-up on Hannah Brown’s “Bachelorette” season in 2019, has announced that he will host a new radio show dedicated to relationships. The 29-year-old TV presenter, model and general contractor from Jupiter, Florida, took second place after Jed Vyatt in the 15th season of The Bachelorette Party. However, Hannah and Jed broke up shortly after filming when she discovered that Jed already had a girlfriend. . She is now in a relationship with model Adam Woolard.

After Tyler starred in The Bachelorette Party, he had a brief relationship with model Gigi Hadid, which lasted about two months. He then dated model Camila Kendra, but in August 2021 they broke up after eight months of living together. Tyler was recently linked to model Paige Lorenz. The couple had just started dating and were spotted together at the end of June and on the 4th of July weekend. They have not officially confirmed their relationship yet.

In his Instagram post, Tyler said he was “excited” about the announcement of his new radio show, “Everyone But Me,” which debuts on July 12 at 6 p.m. ET on the @onamp_ app. “Everyone But Me” is a live radio show that listeners can join by clicking on the link in Tyler’s Instagram bio and downloading the app. He invited fans to subscribe to him in the app to keep up to date with everything that happens with the show. The Bachelorette graduates said that the idea of the show “came the other day when I was sitting at dinner with my friends, everyone who is in a relationship, or married, or wants to be engaged, and I’m not even remotely close to any of them here. Hence the name “Everyone but me”. He went on to say that “some of us are in this situation, or we all have this friend in this situation. Always a bridesmaid, not a bride. Or, in my case, always the groom, not the groom.”

Tyler explained that for the show, he gathered around him the people “who mean the most to learn about their journey and help me understand mine.” He shared that on the show he will interview famous guests, relationship gurus and even listeners who want to share their dating stories or tips. The finalist of the Bachelorette contest Tyler, who wrote a book about relationships “You deserve better: what life has taught me about love, relationships and the desire to become better,” admitted: “I know that all this may seem strange for someone who wrote a book about relationships to talk about their problems during dating, but thanks to Through my stubbornness, I sometimes find out that I can give good advice, but I don’t always listen to my own advice or the advice of others. It’s about all of us putting our ego aside and learning together.” Then Tyler asked his subscribers to send him all their questions and comments, as well as to join and take part in the discussion. In conclusion, he said: “Let’s have fun and learn together! I love you all!”

Tyler’s new radio show is a great follow-up to his performance on the Bachelorette Party. He has learned so much from this experience and years after it. He also strives to continue learning and growing as a person. Tyler wants to help himself and others find love and happiness, so everyone should tune in to his new radio show Everyone except me.

Mad Max May Have Already Revealed Hemsworth’s Fate in the Furiosa...