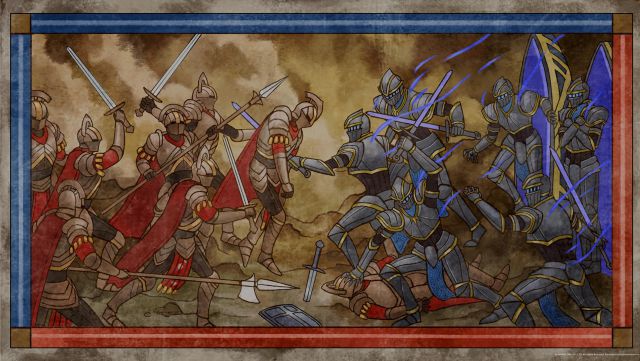 Babylon’s Fall: We face the fall of Babylon with a game clearly unworthy of the two names that support it. The problem when you are a studio that has launched masterpieces – well, despite its detractors – in the action genre, of works that have set a precedent in the genre – hello Bayonetta -, is that when you don’t get it right, when you make a mistake, the punishment is double because everyone expects you to keep billing one jewel after another. But every studio can be wrong, and Babylon’s Fall we hope it’s just that: a misstep, a Platinum Games stumble on an (almost) immaculate resume.

And we say this, because we do not believe that this Babylon’s Fall is signed by such names: Square Enix in the production and Platinum Games in the making, a dream duet that signed that masterpiece called NieR: Automata. We don’t know what has happened here, if Platinum has paid the rookie duck for never having made a GaaS (Game As A Service) title before, if the budget money was not very high and/or the very tight development, etc.

The only thing that is clear is that we are facing a base with potential but drowned with bad ideas, errors in the approach, and too many DLC sales after paying 70 euros. A disaster with good potential for redemption and some of the best music so far in 2022.

You are a ‘Sentinel’, a man / woman -it depends on your choice in the previous character creation screen- who has been imprisoned and subjected to a cruel test for the enjoyment of the common people: When you arrive at the port of Babylon they have put the ‘Gideon Coffin’, a strange object that hides a parasitic technology and that, if you survive, turns you into a Sentinel, someone capable of carrying weapons on your back that you can summon. From here, your objective is to climb the Tower of Babel, a huge ziggurat with different rooms, enemies, objectives and… treasures, many treasures to loot, in a Platinum Games version of the fall of Babylon.

Such a story, well done, is interesting, since that concept ‘Magic Sword / Die Hard / Dredd (2013) / The 36 Chambers of Shaolin’ is always attractive. And in fact, the story of Babylon’s Fall can hook you, although its narrative exposition does not exactly help, since it is anchored in a lot of still image exposure -when it wants to expose- so that you do not miss the lore or the plots, showing that either the study did not want to put too much emphasis on this section or did not have development time. In fact, the best thing at a narrative level is a little exploited element, such as the breaks between mission and mission of your character in the chosen guild, in which you can go around and talk to NPCs so they can tell you more.

The Flash 7×18: Season Finale of The Series Promises Strong Emotions...