Home Celebrity Aya Nakamura will give a concert in Quebec! 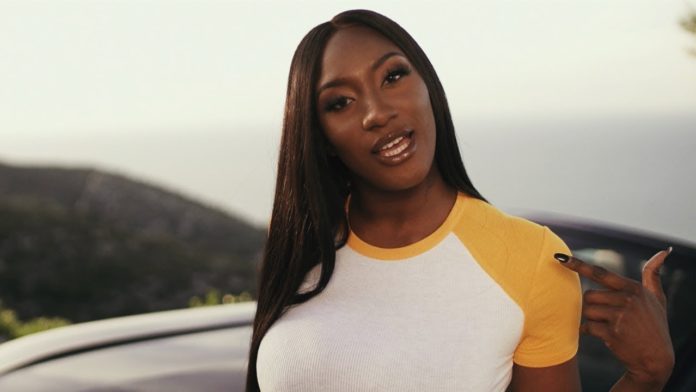 On April 9, Aya Nakamura will perform internationally. The concert will take place in Quebec, at Place Bell in Laval.

Nothing stops Aya Nakamura . In fact, the urban pop star will soon be giving a concert in Quebec .

Who does not know Aya Nakamura today? In the space of 2 years, the star has become a real phenomenon . Her real name Aya Danioko is an RnB singer from Mali. Her stage name is a reference to her favorite series, Heroes. It was with the title J’ai mal, that the young woman started to make the buzz. The song has more than a million views on Youtube. Later, she will make an exceptional leap. In fact, its Broken title reaches 13 million views on the platform.

It was with Fababy that Aya Nakamura really became known to the general public. In fact, Love of a thug, in feat with the rapper, quickly becomes a hit. From this moment, the singer’s career is launched. So she has nothing more to prove. It is certain, the talent, it has it. Since then, the young woman has continued to chain successes. Besides, with her music , she even managed to ambience very big stars. We remember, Rihanna and Madonna swayed on her title Djadja. High class !

VERY SOON, AYA NAKAMURA WILL PERFORM IN QUEBEC!
Aya Nakamura is millions of views on Youtube, and just as many listenings on the streaming platforms. Besides, it already has many certifications. On March 31, the singer even filled the Olympia . What a feat! In just 2 hours, the ticket office was already out of stock. However, the star does not intend to stop there. From now on, it is international that it targets. In fact, she will soon be performing on the American scene.

It is therefore in Quebec that Aya Nakamura will give an exceptional concert . More specifically at Place Bell in Laval. The show will therefore take place on April 9 . We look forward ! In addition, another big event is also expected for her this year. Indeed, she will be present at the famous Coachella festival in California. Large headliners will also be present. We note in particular the participation of Travis Scott, Lil Uzi Vert, or Anna Calvi. We also find Big Wild, Run the Jewels and Brockhampton. What is certain is that our French star has its place. We wish him good luck!