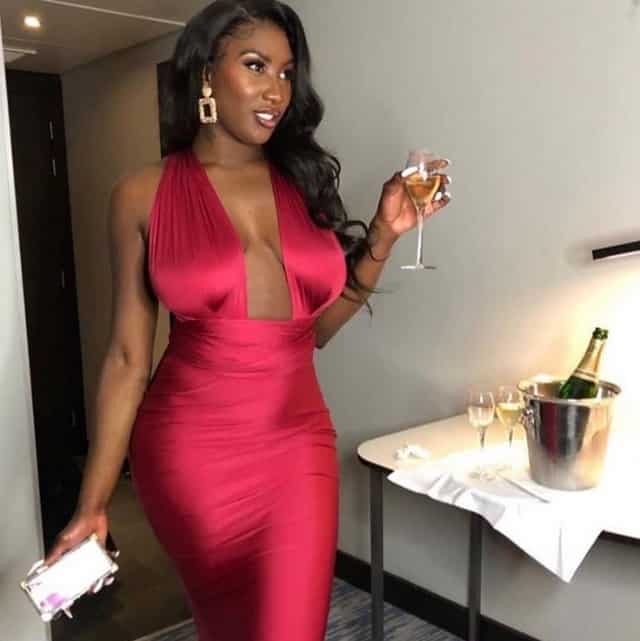 During her visit to France 2, Aya Nakamura performed live a brand new version of her title “Plus Jamais”. In early December, rumors circulated about Vladimir Boudnikoff and Aya Nakamura.

According to StarMag, the young man would have been unfaithful to the singer, cooing in the arms of a so-called “Jessica”, “artistic director of a very famous singer of rap R’n’B.”

The latter had given a testimony to the media: “She thinks their story is serious, but it is nothing more than a love affair with Vlad. A guy, sweet, simple and hardworking. But he’s not really clean! When Aya got hold of him, I had been sleeping with him for a month. And it continued after she formalized their relationship. ”

If Aya Nakamura had preferred to remain silent, Vladimir had meanwhile denied it outright. Pookie’s interpreter then erased all traces of her sweetheart from her Insta account. At the beginning of 2021, it was in the story that she posted a photo of herself, with the song Céliba Ka Ba by Saa’Turn ft DJ Mafieu. Very enigmatic then!

And as if that wasn’t enough, Vladimir posted several videos and photos in her own Instagram story. “Everything becomes much clearer,” he wrote in a photo showing the Dubai desert.

Since then, Aya Nakamura and Vladimir Boudnikoff have been very discreet …

AYA NAKAMURA SINGING FOR HER EX?

This weekend, the singer’s fans had a little surprise on the producer’s Insta account. Indeed, the latter has published two pictures of the singer who had posed in a pink bikini, during their trip to Dubai.

“Number one…”, he wrote in the caption. We don’t know if Vladimir is nostalgic or if he implies putting the pieces back together with her beauty. Wow!

For her part, Aya Nakamura was the guest of France 2 this weekend. So the singer was quick to share behind the scenes on her favorite social network.

The young woman therefore sang live, a remastered version of “Never again”. Since this is a headline about a breakup, then it seems normal to wonder if this is not an answer to your ex. “I gave you my heart, I will never give it back,” she then sings, accompanied by a piano.

One thing is certain, her appearance on TV has caused a lot of talk. “Wouah it’s a madness of phew I’m in total kiffe on this version”, “Aya but you are my engine 😍😍 Vladimir it’s just a fruit salad, I chui the princess buffet 🔥🌟”, “This evening, your voice will be my lullaby !! Eyes closed, lights off… Frankly your voice is just sublime 😍 “, we can read in the comments.

Anyway, we wish Aya Nakamura the best of luck!

JIN BREAKS RECORD ON WEVERSE AND WINS A PRIZE

How much money did Johnny make playing Leonard?