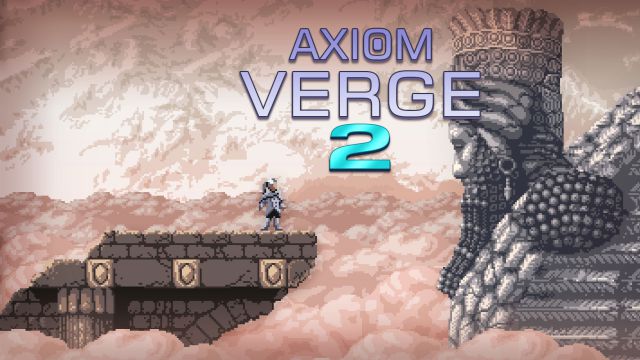 Axiom Verge 2: Currently, Thomas Happ’s Metroidvania can only be purchased exclusively on the Epic Games Store. This summer it will arrive at the Valve store. Axiom Verge 2 was released last summer on PC, PS4, and Nintendo Switch. The PC version was – and still is – exclusive to the Epic Game Store, but that’s about to change: the game is already on Steam and its release date has been confirmed for August 11. Below we offer you the minimum and recommended requirements to play on PC.

The original title earned a niche among metroidvania lovers due to its commitment to a classic formula like few others. However, the second part is different, as it implements a series of mechanics that completely change the way you play. Especially thanks to the decision to divide the world into two planes: the physical and the digital, as well as the change from firearms in favor of hand-to-hand combat as the protagonist.

In our review, we said that “Axion Verge 2 is a safe bet for any player who has enjoyed the original title. With two deliveries similar in essence, but very different in terms of mechanics, we can say that we are facing a consecrated saga, which could well give us new joys in the future. The idea of ​​parallel worlds, the sense of progress when exploring and the complex level design make Tom Happ’s title a remarkable metroidvania, ideal for lovers of the genre and to which we can practically only blame the absence of memorable bosses and the peculiar map design, sometimes more beautiful than practical”.

Axiom Verge 2 is available on PC (Epic Games Store), PS4 and Nintendo Switch. As we tell you, on August 11 it can also be purchased on Steam, and soon it will have a version for PS5.