Home Music News Avril Lavigne Drops Out of When We Were Young Festival, Death Cab... 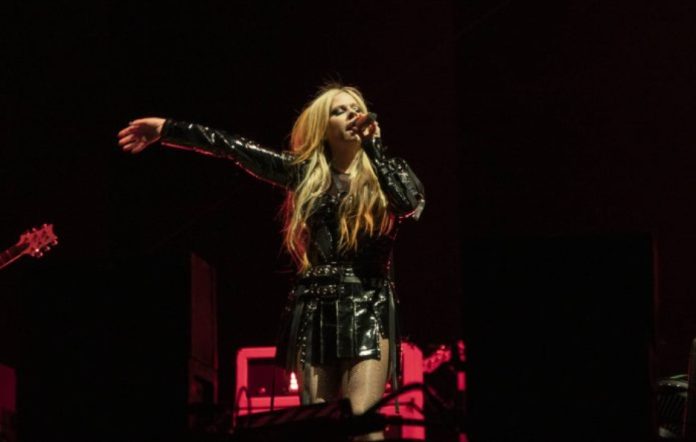 “Due to unforeseen circumstances, she is unable to join us on Oct 29th of WWWY”

Avril Lavigne will not be performing at the When We Were Young festival in Las Vegas this weekend, as previously announced.

The 2022 festival, described as “an epic line-up of emo and rock bands over the past two decades,” was announced earlier this year when My Chemical Romance and Paramore topped the list.

The event got off to a rocky start over the weekend after the first day (October 22) was cancelled due to weather warnings and related safety concerns. But the second day of the festival went off without a hitch, as My Chemical Romance and Paramore played as planned. Elsewhere, Lavigne was joined by All Time Low for a cover of Blink-182’s “All The Small Things” near the end of her set.

The festival confirmed that Lavigne would not be performing this weekend, writing: “We had a great time at the Sun with @AvrilLavigne. Due to unforeseen circumstances, she will not be able to join us on October 29 WWWY. We will miss you, Avril!”

The festival not only shared the updated schedule of Saturday’s event, but also announced that Death Cab for Cutie and Underoath are being added to the lineup.

The festival “When We were Young” will continue this weekend, and Paramore, My Chemical Romance and others will return on October 29.

The festival will then return to Las Vegas on October 21 next year, and its 2023 bill will be titled Blink-182 and Green Day along with 30 Seconds To Mars, The Offspring, Good Charlotte, Rise Against and others.

From other news: Death Cab For Cutie returned to their Live From Home streams last month and shared an R.E.M. cover, as well as the debut of a new song.

Ahead of the release of their 10th studio album “Asphalt Meadows”, the band returned for a special edition of Live From Home, where they did a cover of R.E.M.’s song “Near Wild Heaven” and shared a version of the unreleased track “Asphalt Meadows” “Pepper”. ‘.

In a four-star review of the record, NME said: “Asphalt Meadows is as confident and majestic as you expect and hope from indie veterans who have already released 10 albums and 25 years of their career, but this beauty is just as constant. and the satisfying peak of their career in the early-mid 00s. Here’s a band that still really loves what it does.”

Kelly Rowland responded to the radio host’s suggestion that she plays...