Home Entertainment Avengers vs. X-Men: Which Side Will Win in a Possible Battle Between... 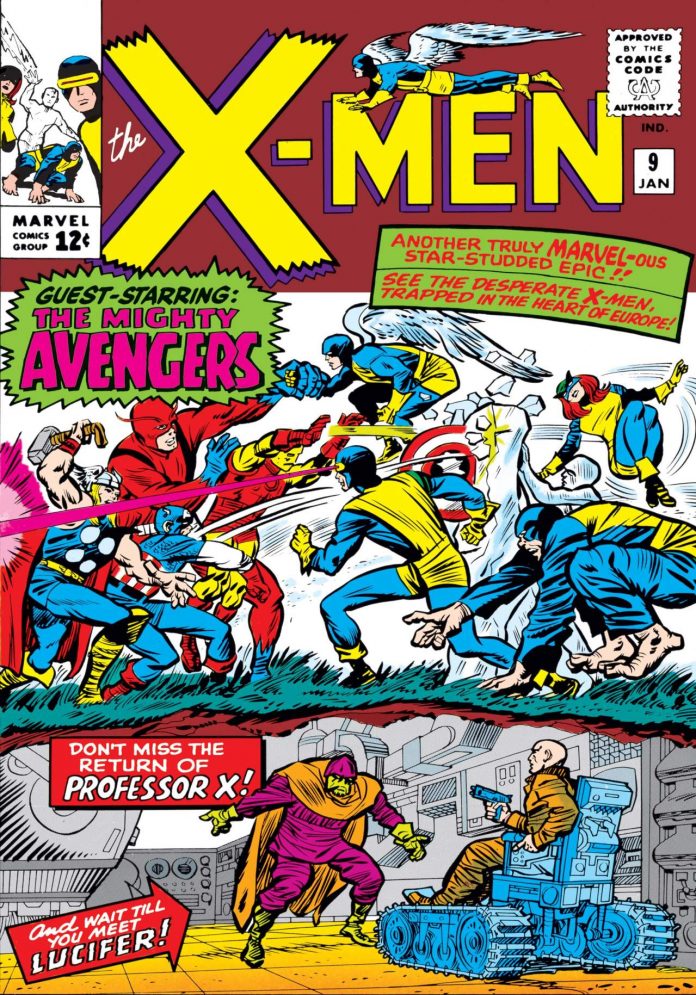 X-Men, which is expected to be included in the Marvel Cinematic Universe soon, has been compared to the Avengers for a very long time. So who wins in a fight between two teams? Let’s see together.
There are controversies that everyone knows, and even is a part of, who penetrates the universe of superheroes from the edge. In the center of these discussions, the question of who will win in a possible fight between two characters or two teams is usually at the center.

One of the most popular of these discussions is whether the X-Men or the Avengers will win. When we look at the comics, we see that the two teams have faced each other many times before. Let’s see who wins this match?

In this story published in 1964, our young mutants faced off against the classic Avengers team. The X-Men team, consisting of Beast, Jean Grey, Cyclops, Angel and Iceman, was up against the team consisting of Captain America, Thor, Iron Man, Wasp and Hank Pym.

The story of the episode is as follows: The super villain named Lucifer hid a doomsday device in the desert. Professor X battles Lucifer alone. He told the X-Men team to take precautions so that no other meddling in the fight. The Avengers arrive, and the X-Men try to keep them from getting involved.

As a result, the X-Men team saves Professor X the time he wants, but they barely manage to do it. They eat a car stick from the Avengers team. The X-Men would be embarrassingly humiliated if the fight went on any longer.

The X-Men and the Avengers faced off in the first comic book crossover event in Marvel history. Scarlett Witch and Quicksilver, who are a frequent scourge of the Marvel worlds, join Magneto’s team after Scarlett Witch is injured in her fight with a human supervillain.

The pre-fight Avengers team imprison the X-Men’s Angel. The team of Black Panther, Hawkeye, Giant-Man and Wasp fights Cyclops, Jean Grey, Iceman and Beast. Just as the Avengers are about to take a beating, Angel escapes from prison, actually rescuing the X-Men whose minds are controlled by Magneto, then they all come together and fight Magneto.

To bring Magneto to trial, the Avengers, the X-Men, and the Russian hero team Soviet Super-Soldiers go after Magneto. The three teams find Magneto almost simultaneously. Three fights ensue. Magneto even leads the X-Men team for a while, but in the final battle, the Avengers team consisting of Captain America, Black Knight, Monica Rambeau, Doctor Druid, She-Hulk and Thor, X-Men consisting of Rogue, Dazzler, Wolverine, Storm and Havok. He starts fighting with the Men team. There is actually no clear winner in the fight, but the Avengers convince Magneto to surrender and appear in court. The Avengers win in terms of getting what they want.

To put it very briefly, Scarlett Witch has changed reality twice in her own way. Wiccan and Speed, Wanda’s children, created by magically adding a piece of her soul, together with the Young Avengers team, reveal that Wanda has been under the influence of Doctor Doom since he disbanded the Avengers at the very beginning of the events. They free their mother from this influence and Wanda reappears.

When Wanda reappears, the X-Men and Avengers teams chase her. The goal of the Avengers team is to ensure that Wanda is held accountable for her actions. The X-Men decided to close the issue by killing Wanda directly. The two teams, Doctor Doom, Magneto and Scarlett Witch, clash. At the last moment, the Young Avengers intervene and reveal that it was all from Doctor Doom. There is no winner in the fight.

Both the Avengers and the X-Men team realize that the cosmic force called the Phoenix Force is about to return. Both sides make plans for how to deal with this power. The purpose of the X-Men is to restore their power to mutants who have lost their power with the Phoenix Force. The Avengers plan to eliminate this power, as the Dark Phoenix story has had dire consequences.

As a result, the two teams fight on the Moon, the Avengers team manages to shoot the Phoenix Force with the device they developed, but the Phoenix Force is divided into five instead of disappearing. Cyclops, Namor, Emma Frost, Colossus and Magik form a team known as the Phoenix Five.

As the Phoenix Five go astray, Wakanda and Atlantis engage in a massive war, the Avengers and the X-Men eventually unite to stop the Phoenix Five, restoring the mutants before launching the Phoenix Force back into space. The fact that they are both relatively better in combat and achieving their goals makes the X-Men the winner.

As can be seen, when we look at it in general, there seems to be a balance between X-Men and Avengers. Who do you think will win the battle of the two sides?