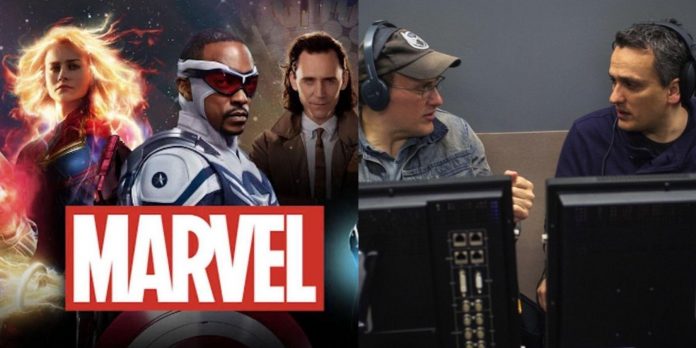 Phase 4 of the Marvel Cinematic universe continues to expand in unique ways, but many fans disagree with the direction in which it is moving. Now the duo of “Avengers: Finale” directors, the Russo brothers, have responded to recent criticism.

The Russo brothers were first hired to direct the 2014 film The First Avenger: The Winter Soldier, which is now considered one of the best MCU films. They continued their success by filming 2016’s “The First Avenger: Civil War,” 2018’s “Avengers: Infinity War,” and 2019’s climactic “Avengers: Finale.” All of them received rave reviews from critics and fans and subsequently became one of the highest-grossing films. movies of all time.

However, Phase 4 is now being criticized for lacking any sense of direction or failing to create Thanos-level theater. “I’d rather go with everyone, watch it and be excited. I mean, “There’s no way home” was incredible. I liked this movie… It was one of the best experiences I’ve had in the cinema. for a long time. So, you know, I like how diverse Marvel is getting. I like the choices they make to… swim in different genres, push movies to horror or comedy of the absurd,” Joe Russo shared with Jake’s Takes. when it comes to Phase 4. “They take risks, you know, and people will appreciate these risks, and other people won’t like these risks… but the good news is that they don’t repeat themselves. They’re not doing the same thing they’ve been doing for 10 years. They are going in a completely different direction,” the director added.

Of course, perhaps the “Infinity Saga” played a role by setting a high bar for Phase 4, which was difficult to achieve. Anthony believed that the overwhelming success and high expectations from “Avengers: Finale” could lead to undeserved criticism. “The overwhelming success of these films has led to the fact that they represent something that has become “different” or perhaps inaccessible to some others for some reason. Not every movie has to be liked by the whole world,” he told The Hollywood Reporter.

When the Infinity Saga ended, fans wondered in what possible direction the MCU could develop. Even with the addition of a new MCU series format on Disney Plus, which focuses on a few minor characters from previous films, and exploring a host of exciting new characters and storylines, Phase 4 seems to be the most hated of all the released phases, so far.

Most of this is largely due to the fact that each project at this stage seems wildly disconnected from each other (especially looking at projects like Eternal). Nevertheless, the Russo brothers see a lot of positive aspects in what has been presented on the big and small screen over the past couple of years.

Avengers: The Finale is available for streaming on Disney Plus.