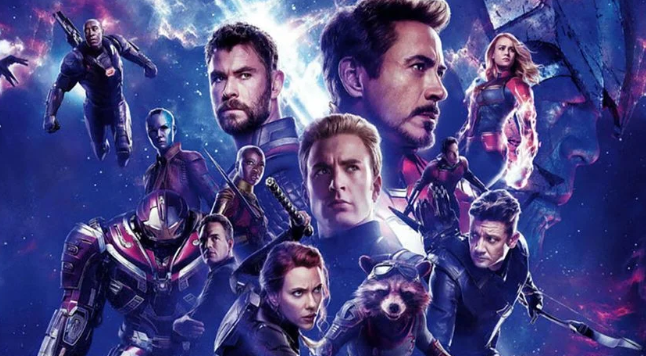 The director of “Avengers: Finale” Joe Russo claims that the secret of Marvel’s success is that the plan is not as fixed as everyone thinks.

The director of “Avengers: Finale” Joe Russo said that Marvel never had a clear plan for the MCU. Marvel Studios has earned a reputation for playing the long game. It all started with “Iron Man” in 2008, when the scene after the credits clearly directed the nascent common universe along the trajectory to “The Avengers” in 2012.

Then, in 2014, Marvel Studios announced its entire Phase 3 plan—right up to “Avengers: Infinity War, Part II,” which is due out in 2019. Marvel’s plans for Phase 3 have changed a lot over the years; movies have been deleted, added, shuffled, and even reimagined, and “Avengers: Infinity War Part II” has turned into “Avengers: Finale.” But, nevertheless, the studio has maintained its reputation, and viewers continue to assume that Marvel Studios is planning for years to come.

Speaking to Deadline at the Sands International Film Festival in St Andrews in Scotland, “Avengers: Finale” director Joe Russo suggested that the reputation is exaggerated. According to Russo, the secret to Marvel’s success actually lies in its adaptability.

“The way it works at Marvel, and I’m sure at some point someone will talk about it in detail, but part of the genius of [the president of Marvel Studios] Kevin [Feiga] is that there really is no plan. an idea, but you can’t have a plan if the movie you’re making is tanks. There is no plan after that. Right? So, it’s really about how the film was a success, there was some enthusiasm about well, what else can we do? And that’s when new ideas appeared, And there were hopes. Oh, we hope that one day we can get to the story, if we keep doing it right, maybe we can all get there, you know, like Infinity War and Finale. But a lot was invented between the films. And some of the best redirects or callbacks were invented after the fact.”

As an example, Russo cites the idea that the Winter Soldier killed Tony Stark’s parents. According to Russo, it was a simple “fluke” that Captain America: The Winter Soldier hinted that Bucky was responsible for the deaths of Howard and Maria Stark; Marvel reconsidered this idea after the film’s release and decided to “modernize” it in the MCU narrative. This eventually became the centerpiece of The First Avenger: Standoff movie, driving a wedge between Tony Stark and Steve Rogers and tearing the Avengers apart.

Russo’s comments are probably a true reflection of Marvel’s creative process. Marvel is known to work on a five-year plan, but it seems to have a certain degree of flexibility built into it; after all, it allows Marvel to take note of audience reactions, recognize specific ideas that viewers like, and choose how to respond to them. Given this, it’s probably no coincidence that “Captain America 4” wasn’t announced until “The Falcon and the Winter Soldier,” because the popular and critical reaction to this show prompted Marvel to choose a direction for Sam Wilson’s “Captain America.” Meanwhile, another advantage is that screenwriters and directors are not as limited by the general universe model as it is commonly believed. The overarching character arcs are probably in a state of change much more than most viewers think, and many specific plot points can be switched without breaking anything.

Ironically, Marvel’s flexible approach to storytelling may well have caused some problems in Phase 4. There were already glitches in Phases 1-3—Odin’s fake Infinity Gauntlet was the most egregious example—but the multiverse arc going through Phase 4 was challenging. one for navigation, with obvious inconsistencies between Loki and Marvel’s What If…? In fact, Marvel held a creative summit to define the rules of its multiverse only after production had been completed on several Phase 4 films and TV shows, suggesting that the MCU really could have planned this moment better.