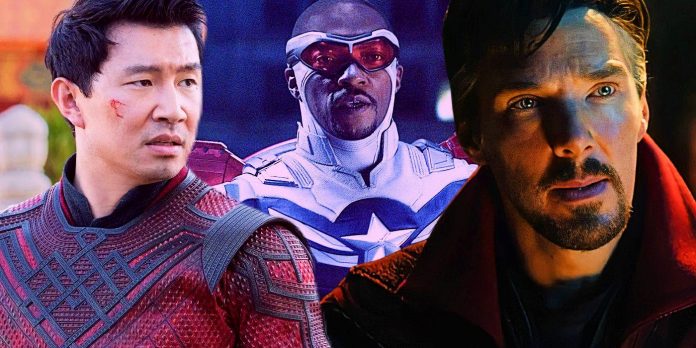 “Avengers: Finale” directors Joe and Anthony Russo reveal their perfect plan for the fifth phase of the MCU. The cinematic duo was tasked with completing the first three phases of the franchise after they entered it in 2014 through Captain America: The Winter Soldier. Now that the Russo’s have left the MCU, they’re enjoying Phase 4, just like the rest of the public.
After completing the Infinity Saga in the films Avengers: Infinity War and Avengers: Finale, Russo undertook other efforts outside of the MCU through his own film company AGBO Films. They have directed, written and produced a series of projects, including “Extraction”, “Cherry” and “Everything Everywhere and at Once”. In their latest project, “The Grey Man” from Netflix, they reunite with Steve Rogers actor Chris Evans. Despite the fact that they are busy with their own projects, Russo is closely watching the MCU now that it is in a recovery period. Although they are not currently affiliated with any future Marvel Studios project, they are sharing their two cents as to what they want to see in the universe in the future.
Related: The MCU’s Thor Ending Can Do 1 Thing In Which the Death of Iron Man’s Endgame Failed
In a conversation with Variety on the red carpet of the Gray Man, Russo was told what they want to see in the 5th phase of the MCU. The filmmakers say they want Marvel Studios to be bolder in their creative choices, especially after the events of the Infinity Saga. See their full answer below:
Anthony Russo: “Just more of what they do. More adventures, research, experiments… It just takes us to amazing places.”
Joe Russo: “Risks, diversity, everything they do.”
Admittedly, rebuilding the MCU after Avengers: Finale hasn’t been an easy ride for Marvel Studios. Reviews of some of their projects were mixed, and “Eternal” even became their first MCU project to receive a Rotten on Rotten Tomatoes rating. Although it sounds like something bad, it’s actually a sign that they’re trying something new, and not just repeating what worked for them before. This is very important from the point of view of the sustainability of the franchise, because remaking what they have already done can tire viewers very quickly. The Russo’s seem to be aware of this, so they are essentially keen to see more risks as the MCU moves into Phase 5.
Joe and Anthony Russo’s comment about the future of the franchise comes from people who have nothing to do with the MCU at the moment. At the same time, it is curious whether they will have a different view on this issue if the filmmakers are directly involved in the universe. Be that as it may, Russo has expressed interest in heading up “Secret Wars,” which may well be the next MCU climactic event, such as “Avengers: Finale.” It may be too early to get any confirmation on this. Regardless, at least the Russo’s know that they can always return to the franchise and participate in Phase 5.