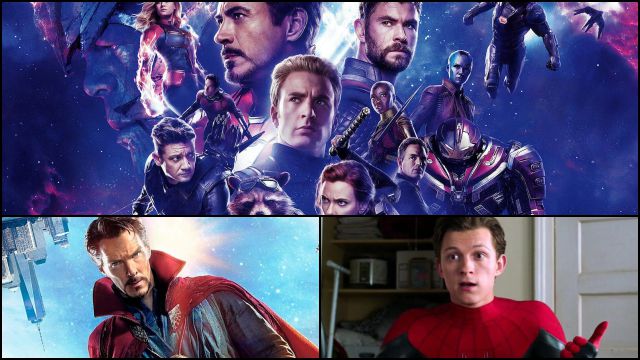 Avengers 5: One of the producers of Marvel Studios recognizes the difficulties that a fifth Avengers movie will pose after Avengers: Endgame. The end of the Infinity Saga of the Marvel Cinematic Universe, what we understand as the first three phases, had Avengers: Endgame as a turning point for reasons that we will all remember; among them, the farewell to many icons that have accompanied us since 2008. Therefore, the future of Phase 4 has the responsibility of creating new icons and, perhaps, a new group of Avengers. An eventual Avengers / Avengers 5 would pose many challenges, acknowledged Nate Moore, producer at Marvel Studios.

A period of transition marked by Phase 4 movies and series

After the first Disney + series within Phase 4, such as Wandavision, Falcon and Winter Soldier, Loki; added to Shang-Chi and the Legend of the Ten Rings, before the end of the year we will have Eternals and Spider-Man: No Way Home. While acknowledging that they have not yet decided what the next great crossover event will be (there is speculation with Secret Wars), he does acknowledge that it will be difficult to do, but it is known for sure that “as long as the story is solid and interesting enough, people he will come to see her ”.

“We’re kind of nerdy so we like to head to things and spread the breadcrumbs and see where they go. I think the public also wants to be surprised, so to some extent, we don’t want to say, ‘You’ve seen that trick, we’re going to repeat it,’ ”he acknowledges. Moore wonders how they can surprise people again and do something even greater than they have ever been able to do before. “I think the doors are still open and the public would be willing to follow us.”

Cyberpunk: Edgerunners — Netflix Reveals The Opening Title Sequence of Its...