Home Entertainment Avatar: The Path of Water May be the Same Mistake as “Star... 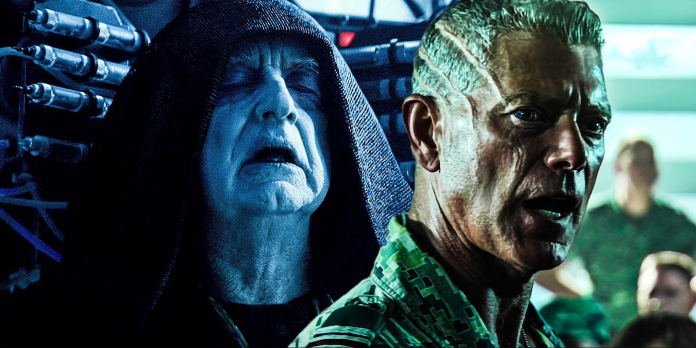 Although there has been a lot of interest in James Cameron’s Avatar: The Way of Water, the long-awaited second installment of the Avatar series may make the same mistake as another famous sci-fi franchise: Star Wars. But this potential gaffe isn’t the only similarity between the two films. Both series were a huge success at the box office during their respective releases, both experienced ten-year waiting periods between parts of the franchise, and both were and are under enormous pressure from avid fans.

The phenomenon of releasing sequels and sequels of films long after the release of their first part is relatively new, for example, “The Incredibles 2” and “Mary Poppins Returns”. But the release dates of “Star Wars” and “Avatar 2” have been postponed, and the earlier installments created ongoing legacy stories with similar, if not identical, backgrounds and characters between the films. Although little is known about the upcoming plot of Avatar: The Way of Water, viewers will see familiar faces, such as the characters Jake Sully (Sam Worthington) and Neytiri (Zoe Saldanha), antagonist Miles Quaritch (Stephen Lang), RDA (Resources Development Administration), and even repeats of actors from the previous film, such as Sigourney Weaver, albeit as a new character.

While these returning characters and the overall setting between “Avatar” and “Avatar: The Way of Water” may create continuity and immersion between the two installments, they risk making the same mistake as “Star Wars: Skywalker.” Sunrise”. This problem is not so much related to the years between series, but to the return of characters between films. In particular, it may be a mistake for Avatar 2 to bring back Na’vi Quaritch as an antagonist, like the return of Emperor Palpatine (Ian McDiarmid) in the latest Star Wars movie.

Returning Quaritch as a character is risky

Bringing back characters and locations, especially villains, can be a risky move for Avatar: The Way of Water. While the reuse of characters can create the consistency needed for such a large gap between films, it can also facilitate the reuse of plot points. In the Star Wars sequel trilogy, the antagonists were not specifically the Empire from the original trilogy, but the First Order had many aesthetic traits, roles, and villainous plots in common with the first series. From features such as the creation of a giant superweapon capable of destroying the planet, to the disclosure of the machinations of the Dark Side of Emperor Palpatine, the latest trilogy includes several bits used in the original. Using Quaritch as one of the villains of Avatar: The Way of Water could have a similar effect. If Quaritch’s goals and methods have not changed between films, his characteristics will seem outdated, and the film will be perceived as a paraphrase of the first film, reducing his ability to explore new conflicts.

Also, just as Emperor Palpatine was brought back after the final climactic death in Star Wars: Return of the Jedi, Quaritch’s return in Avatar: The Way of Water after Neytiri killed him to save Jake may devalue other losses and triumphs experienced in Avatar. By bringing Quaritch back to the screen, the film risks making the death less tragic and permanent, or making Stephen Lang’s Quaritch return far-fetched, which will lower the stakes for a new story.

Although Avatar: The Way of Water and the latest Star Wars movie have a lot in common, their basic elements are very different. With their differences in the setting and the unexplored culture of Pandora, the second Avatar film still has many options to advance on new narrative ground. Perhaps these variations will help Quaritch avoid the mistakes associated with Palpatine’s return and make him a worthy villain on the screen.

Stranger Things Season 4 Will Premiere In Two Parts And Confirms...

You Season 4: Netflix confirms what was suspected about filming and...