Home Entertainment Avatar: The Last Airbender open-world RPG is in development, but only for... 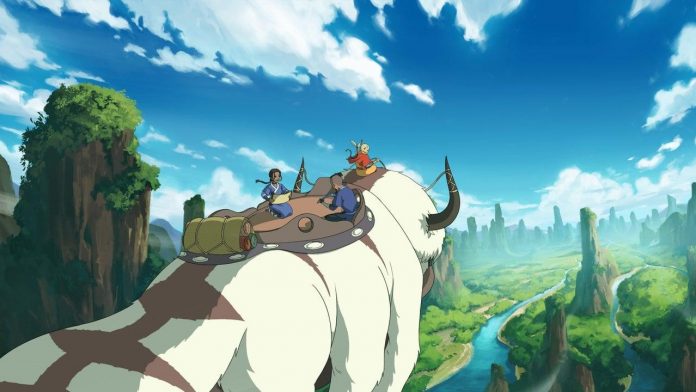 The official open-world role-playing game Avatar: The Last Airbender called Avatar: Generations is being prepared exclusively for mobile devices, and its software launch will take place this month.

Square Enix London Mobile and Navigator games are developing a free game that will tell the stories of Aang, Katara, Sokka, Toph and Zuko traveling the world, apparently recreating the original three seasons of the Nickelodeon television series.

Avatar: Generations will include squad battles in various adventure sequences and promises a deep upgrade system and group customization thanks to the ability to recruit new heroes. A DLC will also be released that expands the Avatar universe by exploring the stories of previous and future avatars, including Korra, Roku and Kiyoshi.

Square Enix has announced Avatar: Generations, a mobile game based on the popular Nickelodeon series.

The soft launch this month will take place in Canada, Denmark, South Africa and Sweden for both iOS and Android, and is expected in other territories in the coming months. Patrick Naud, head of mobile at Square Enix Montréal, commented that he “can’t wait for players to start playing at the end of this year,” but it’s unclear if he meant just a software launch or if the game is expected to be fully released. in 2022.

“With the help of a globally beloved brand of this level, we sought to create a game that expands the rich and legendary universe of Avatar: The Last Airbender in a way that makes it seem authentic and exciting for both fans of the series and role—playing games,” he said. Navigator Games CEO Will Moore.

“At the same time, we have made sure that the game remains accessible to everyone who traditionally does not play role-playing games. Our partners at Square Enix London Mobile have provided tremendous support in this effort, and we are working closely with our community during this soft launch period to make the best version of the game possible.”

The 10 Best Episodes of Avatar: The Last Airbender

The developers haven’t announced exactly when fans can expect more information, but with a software launch later this month, it shouldn’t be long before we learn more about Avatar: Generations. An official website has also been opened, although it currently contains little information.

A taste of the Avatar world was given recently when the fire magic mod was added to Elden Ring, but this will be the first official game since Legend of Korra 2014, but it has not been received particularly well. In our 4/10 review, IGN said, “Even considering that a respected developer is behind it, The Legend of Korra has left us in the fools.”

Hidetaka Miyazaki: “Elden Ring Is The Culmination Of Everything We Have...