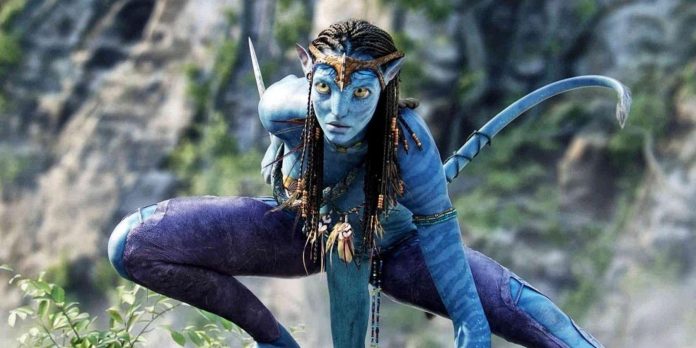 “Avatar” was sold almost entirely as a technical demo, firstly, and secondly, as a narrative experience, and it sold very well. Still, being visually impressive, since the entire movie’s point of sale only works once, and numerous upcoming sequels will have to come up with something else.

Although the first Avatar is the best—selling film ever made, the prospect of a sequel has always been questionable. Director James Cameron’s intentions to make half a dozen entries in what would become his longest-running franchise were deemed less than necessary.

“Avatar: The Way of Water” is coming to big screens later this year, and the original film is coming to multiplex screens in September. This is a very smart move, and not only because thirteen years have passed since the release of the film. Given that the film’s most notable cultural influence between the screening of the first film and the trailer for the sequel was a meme about how easily forgettable its characters were, some work needed to be done. There is simply nothing particularly memorable about the plot of the original film. This is a patchwork of existing concepts woven into a completely unoriginal narrative. The sequel begins with an unusual moment associated with a lot of positive and negative expectations.

It can be reasonably argued that “Avatar” is closer in presentation to a science fiction poem than to a traditional cinematic narrative. In fact, this is a simple story about a culture of profit-obsessed colonizers, crushing the society of natives connected to nature until a single connection changes the relationship of two cultures. Comparisons with “Pocahontas” or “Dancing with Wolves” are common enough to be beyond old-fashioned at the moment. Several unique elements are hidden in the more esoteric details of the narrative. He falls into strange spiritual retreats around the divine figure that binds together the planet Pandora. Many ideas are more interesting in the premise than in the execution. There are issues of identity and the human soul that may arise, but simply do not arise. The idea of a machine that allows a person to gain a new mind may be a stellar premise of bodily horror, but this is not the story that Avatar wants to tell.

The narration of the first film is somewhat restrained. It doesn’t feel like a setup for a franchise, it feels like one illusory story with a solid beginning, middle and end. Despite the fact that the cast is known to be easily forgotten, the main characters of the original film return in the sequel. Sam Worthington’s Jake Sully is back, as is Zoe Saldanha’s Neytiri. Stephen Lang’s Colonel Quaritch will return despite his apparent death. Sigourney Weaver’s character has also died, but the actor will return as Kiri, the daughter of Jake and Neytiri. From the limited information currently available, fans know that the sequel will take place more than a decade after the original. Since Stephen Lang and the other human soldiers have returned, it’s fair to assume that the conflict will focus on the people fighting the Na’vi again. The main thing that marketing is trying to show is the style of underwater photography, another visual trick. This does not bode well for the possibility of a lasting narrative in “The Way of Water”.

People don’t know much about Jake Sully or Neytiri because there’s not much to know. The characters are shallow and simple, their motives are extremely straightforward, and both were made elsewhere. Worthington and Saldana are great for these roles, but they just don’t have anything to work with. There would be a lot more to explore in Pandora’s world if James Cameron and company chose an entirely new set of characters. In its current form, the return of a ton of material that barely held the audience’s attention more than a decade ago is unlikely to hit for the second time. A thirteen-year break could allow the “Way of Water” to start a new life with a new area of the world to explore. Avatar may be an anthology series that tells of different adventures on Pandora or even different versions of the central body-changing trope, but it sticks to its weapons. This decision is unlikely to benefit the film.

People like Martin Scorsese condemn big-budget blockbusters like Marvel movies as nothing more than theme park rides, much to the chagrin of fans of these films. Regardless of whether he is right or not, it is better to address this complaint to something like “Avatar”. Theme park rides usually don’t have sequels. Regardless of whether the franchise continues after the second part, Avatar needs a good solid story on which to hang all the visual splendor. “The Way of Water” may turn out to be very funny on the big screen, but if it’s a re-release, people will laugh at how forgotten it was in a couple of years.