Home Entertainment Avatar: Frontiers of Pandora Shows Off Graphics In New Trailer; This is... 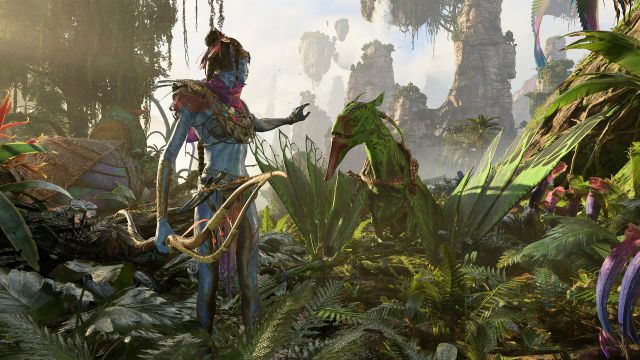 Avatar: Frontiers of Pandora, The Ubisoft and Massive Entertainment title will arrive in 2022 with the goal of surprising us with its huge open world and dynamism. Pure technology.Ubisoft has unveiled a new trailer for Avatar: Frontiers of Pandora to the Dev Diary mode. The Massive Entertainment title, announced at Ubisoft Forward last E3 2021, will offer an open world surrounded by the technological benefits of the Snowdrop engine, whose version is developed exclusively for the new generation of consoles and PC. This new trailer presents us, from the hand of its developers, these advances and progress.

“The world of Avatar that James Cameron and his team created in Lightstorm is epic on so many levels. It’s teeming with life, it’s bioluminescent at night and it’s as majestically large as it is rich in detail, ”begins Sebastian Lindoff, technical art director at Ubisoft Massive.

“As the world of Avatar is so different from what we have done before, we had to make major changes and major improvements to our engine,” he adds, and shows us in two minutes of video all those changes, including the more realistic general lighting and detailed. The goal is to create “a truly immersive Avatar experience.”

Avatar: Frontiers of Pandora, exclusive to the new generation in 2022

Avatar: Frontiers of Pandora will be a First Person Action Adventure. From Massive Entertainment they work together with Lightstorm Entertainmnt and Disney to take the best of intellectual property and maintain its essence. “In this new indie story, play as a Na’vi and embark on a journey across the western frontier, a never-before-seen part of Pandora,” Ubisoft comments in its press release. “Explore a living, reactive world inhabited by unique creatures and new characters, and push back the formidable forces of the GDR that threaten it.”

The use of the Lightstorm engine in its latest version will seek to recreate an ecosystem of realism in the Pandora region; only possible on the new generation of consoles. It will go on sale sometime in 2022 for Xbox Series X | S, PlayStation 5, PC, Google Stadia, and Amazon Luna.

WandaVision: all Marvel easter eggs in the last episode