Home Entertainment Avatar 3 Will Apparently Continue a Serious Relationship (and Discontent) From The... 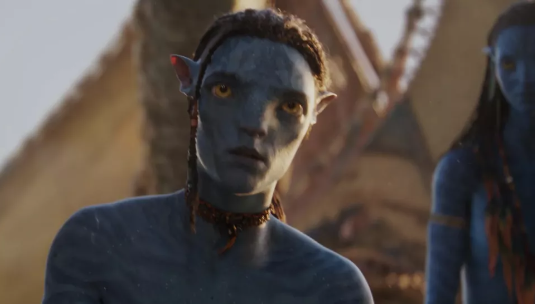 There are SPOILERS ahead for the movie “Avatar: The Way of Water”, which is now in theaters.

James Cameron’s three-hour sequel to the phenomenal “Avatar” of 2009 introduced many new characters to the franchise, which we may only find out about if all four planned sequels are implemented. There will be a lot of interesting things to explore between Jake Sully and the numerous Neytiri children, the Metcain clan and the new people feuding with the Na’vi in Avatar 3 and beyond. And, according to the film’s producer John Landau, perhaps an unexpected thread from the finale of “The Way of Water” will definitely be explored in the future.

When John Landau recently spoke with Empire about what will happen next with Avatar, the producer shared that a whale-like creature-a tulkun named Payakan, who is friends with Loak, one of the sons of Sally and Neytiri, in the sequel should have a storyline in Avatar 3. According to him:

We consider the Boyacan as a character, not just as a creature. We will continue to investigate his relationship with Loak.

Landau also explained that Payakan would still be in conflict with Mick Scoresby (Brendan Cowell), who was the captain of the RDA marine hunting vessel on Pandora, who installed a tracking beacon on Payakan and chased him with it to the village of Na’vi. As also described in detail in “The Way of Water”, whalers catch tulkuns and collect brain fluid from them, which can prolong human life.

Given how valuable the substance would be to prolong people’s lives, it looks like anti-whaling comments will continue in future Avatar films, and Payakan will be the central character in all of this. In the course of “The Way of Water”, Payakan and Loak become connected, so it would not be completely unreasonable that Kit Na’vi could return, but now it has been confirmed by one major producer of “Avatar”.

During the interview, Landau also touched on some important issues concerning Avatar 3, which the filmmakers and the audience are struggling with. As he shared, what happens to Sally and Naitiri’s family after the death of one of their children is important, along with the ongoing tension between them and the people who are persecuting the Na’vi and their land.

Among other clues we’ve learned about Avatar 3 is the addition of a fiery Na’vi tribe called the “Ash People.” James Cameron teased that the fiery Na’vi explore the not-so-good side of a fictional race. In addition, there were rumors that the title of the third sequel to Avatar is called “Rider on Tulkun”, which once again emphasizes that the story of Loak and Payakan will be explored in more detail.

Right now, “Avatar: The Way of Water” is still killing it at the global box office, with a total global gross of $1.928 billion ahead of its sixth weekend in theaters, where, according to Forbes, it is expected to exceed the $2 billion mark. It is expected that among the many upcoming Disney films, the third Avatar movie will be released in theaters on December 20, 2024.