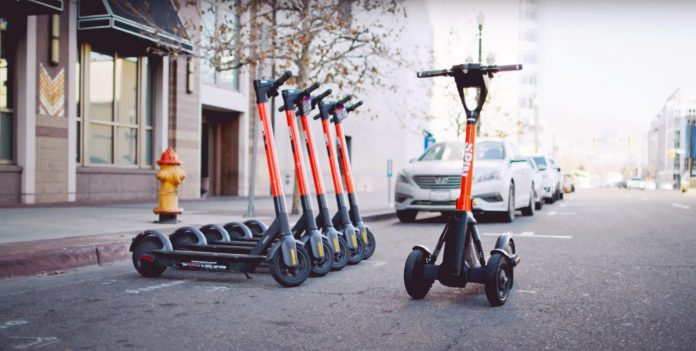 Spin micro-mobility initiative, acquired by Ford, has developed a new scooter in partnership with Segway-Ninebot, one of the leading companies in the electric scooter market.

First of all, this scooter, which has an unusual three-wheel drive, has a much more balanced structure. For users who have trouble driving and tipping electric scooters, it is almost impossible to tip this three-wheeled vehicle.

However, this electric scooter stands out from other competitors, especially with its autonomous structure.

Here, Spin S-200 gains an autonomous structure thanks to the camera systems on the front and back and the remote control software developed by Tortoise software company.

When the scooter is parked in the wrong place or it is desired to move to central points where drivers can find it much more easily, it is easily moved to different locations thanks to remote control.

The S-200 electric scooter was equipped with three independent braking systems. One of them is a regenerative rear brake system that is fed from the energy that the vehicle collects in motion.

These front and rear wheels have a conventional braking system with drums that we are used to from all scooters. Apart from this braking system, the handlebar part of the scooter is also designed in a structure that will make it easier to grip.

The scooter also has shock absorbers attached to the front two wheels so that you are less affected by bumps and potholes. However, for the moment, the technical features of the scooter, developed in partnership with Ninebot-Segway, have not been revealed, such as the speed and the number of degrees of slope.

It is a matter of curiosity whether these autonomous models considered for electric scooter rental will be offered to the consumer by Ninebot-Segway. The first trial for the S-200, currently under development, will take place in Boise, Idaho, USA.

Three hundred S-200s will be used in this trial in spring. The Spin S-200 is scheduled to enter service in North America in 2021.

Mars was shaken by two earthquakes! here are the details