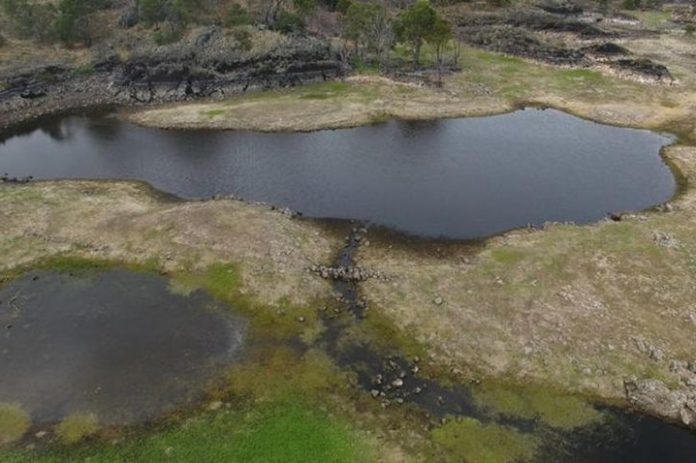 Forest fires in Australia led to a new discovery in the area. Researchers near the volcano “Budj Bim” have found a new part of the ancient water system built 6,000 years ago.

Australia, which has been struggling with fires across the continent since September, has taken a comfortable breath with the rains recently. According to the latest statements, the severity of the falling rain has helped to extinguish the fires on a large scale, but the authorities are still working and it seems that it will continue for a while.

Fires in Australia caused enormous damage to the continent. While the areas of square kilometers have completely turned to ash, at least half a billion animals living in these areas have been destroyed. The people of the region got their share of the fire and tens of people had to leave their homes. But now, bare land caused by fires has uncovered a new mystery in Australia.

Fires in Australia uncover a 6000,000-year-old building
There is an extinct volcano called “Budj Bim” in the southwestern part of Australia. The crater of this volcano is known today as an engineering wonder and is considered one of the UNESCO World Heritage sites. Because about 6,000 years ago, people living in the region built an ancient water system here even when the Egyptian pyramids did not exist.

The people of the region who lived at that time built canals, sluices and dams in the region with extensive studies for the crater and its surrounding water. According to rumors, the reason for working so hard was to set traps for snakes in the region. As a result of the works carried out, an engineering wonder has been preserved as a national park today. The fires in the area have revealed the unknown aspects of Budj Bim.

Researchers working within a non-profit organization announced that when they went to Budj Bim, they discovered a channel hidden between grass and vegetation. Researchers say that this channel is a serious length of 25 meters, and this channel has emerged as a result of fires.

How Much Risk Do Public Transport Vehicles Have for the Corona...

A Laptop-sized Module Will Drop Space Litter to Earth