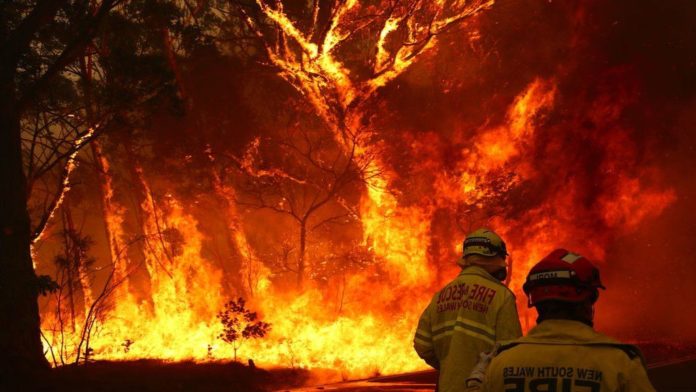 Fires in Australia caused many people to die and billions of dollars of damage. In addition, the fire brought 113 species to the brink of extinction.

Australia entered this year in a rather troubled manner. Fire in the country; it led to an increase in carbon emissions, the introduction of conspiracy theories, firefighters’ death, billions of dollars of damage and more than a billion lives. In a new report published, it was revealed that hundreds of species living on the continent were in danger as a result of fires.

Australian Ministry of Agriculture, Water and Environment; He stated that in the list he published, 113 species should be taken under urgent protection. In addition, it was stated in the report that the habitat of kangaroos and Pugh frogs was destroyed as a result of extinction.

Many species are in danger:
According to the news in Gizmodo, these species were in danger before the fire, but things got worse with the fires. While many species lose 30% of their habitat, this rate increases in some species even more. For example, red eyebrow scratchers, an endemic species, have lost almost half of the regions where they grow. In addition, the list focused on species that are key to the ecosystem.

Other species on the list are as follows; 13 birds, 19 mammals, 20 reptiles, 17 frogs, 5 invertebrates, 22 spiny lobsters, 17 freshwater fish. In addition, destruction in natural areas causes species to disappear worldwide. Although the United Nations offers to create more protected zones, it requires an international study and it is not possible to say that world leaders are successful in such matters.

In Australia, the government needs to act urgently. According to the report, urgent interventions are needed to support the healing of species such as koala. Of course, in order to prevent the extinction of these species, fires must be extinguished first and according to a new report published, raining since February 7 has helped extinguish more than 30 fires.

Long-term studies are needed to save these species, but if we want to prevent the extinction of living species, first of all we need to pay attention to climate change. These fires can be just the beginning.

GTA V Comes to PlayStation 5 as ‘Extended and Improved’ in...