Home Entertainment August 31 will be one of the worst days in the history... 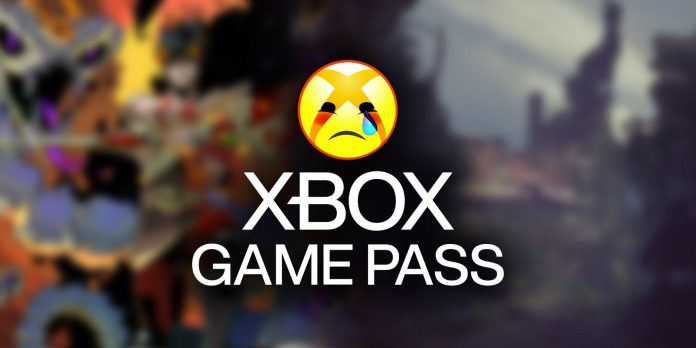 Microsoft’s Xbox Game Pass subscription service is essentially a video game version of Netflix. It gives users access to a huge number of titles in exchange for a subscription fee, while new content is regularly added. But just as Netflix is always adding new movies and TV shows to watch, it also regularly removes content. Xbox Game Pass is no different: often some games are deleted on the 15th of the month, and then another batch – on the last day of the month.

It’s always frustrating when games are removed from the Xbox Game Pass lineup, but some days are more disruptive than others. Unfortunately, the upcoming August 31 will be one of the worst days in the history of Xbox Game Pass, as it loses a whopping 10 games, including some of the best games available on the service. On August 31, Xbox Game Pass will leave 10 games: Elite Dangerous, Hades, Myst, NBA 2K22, Signs of the Sojourner, Spiritfarer, Twelve Minutes, Two Point Hospital, What Remains of Edith Finch and World War Z.

Xbox Game Pass subscribers have a little more time to try out these games before they are removed from the lineup, and they should consider that titles can be purchased at a 20% discount while they are still in the Game Pass. Despite this, it will still be a major blow for the Xbox Game Pass to see all these games get axed on the same day.

Xbox Game Pass games will be released in August 2022

Of all the games that will be removed from the Xbox Game Pass on August 31, roguelike Hades from Supergiant Games may be the most affected. Hades earned almost universal acclaim during its initial release, and so it was a huge success when it debuted on Xbox as a first-day Xbox Game Pass game. Hades is one of the highest rated games available during the Xbox Game Pass period, so its removal is, to say the least, very unfortunate. Hades is good enough to appeal to both fans of the roguelike genre, and even those who usually don’t like such games, so Game Pass subscribers should definitely try it while they still can.

Hades is far from the only critically acclaimed indie game to be removed from the Xbox Game Pass on August 31. Spiritfarer also meets all the requirements, although it is a completely different game. While Hades is an intense action game, Spiritfarer is a laid—back, relaxing game with an emotionally charged plot. In it, the players are tasked with delivering souls to the afterlife using a boat that they can improve and expand to their liking. The use of life simulation elements in it should make it attractive to fans of games such as Animal Crossing and Stardew Valley, and its local cooperative capabilities should further expand its appeal. It will definitely be sad to see Spiritfarer removed from Game Pass, but subscribers still have time to try.

Fans of emotional, storytelling indie games will also want to play What Remains of Edith Finch via Xbox Game Pass while they still can. What Remains of Edith Finch is another game, the removal of which will take place on August 31. This is an award-winning indie game that has received acclaim from both critics and fans. The game is a series of segments in which players take control of various members of the ill-fated Finch family at the end of their lives. Each member of the Finch family has its own personality, and this is reflected in the artistic style in any segment, as well as in the unique gameplay mechanics. Usually considered one of the best game releases of 2017, there’s a reason why many indie game fans are excited about what developer Giant Sparrow will be able to cook next.

Hades, Spiritfarer and What Remains of Edith Finch may be the highest-rated games coming out of the Xbox Game Pass on August 31, but that’s just the tip of the iceberg. Seven more games will be removed on the same day, and while they may not have the same reputation, they are still solid releases that have their fans. For example, the re-release of Myst was not as well received as the original version in the 90s, but it is still a classic game and a historically important release, the removal of which will worsen the position of the Xbox Game Pass. Removing the Elite Dangerous space flight simulator game will also hurt, as it fills a niche that is otherwise not well represented on the service.

As for big budgets and blockbuster releases, NBA 2K22 is one of the biggest games on the market, so its removal from the Xbox Game Pass is a bummer, especially for basketball game fans. NBA 2K22 is the latest game in the NBA 2K franchise, which annually releases one of the best—selling video games.

This Is How Spectacular Tom Holland’s Spider-Man Looks With The Symbiote’s...