Home Celebrity Audrey Lim’s actress explained what will be 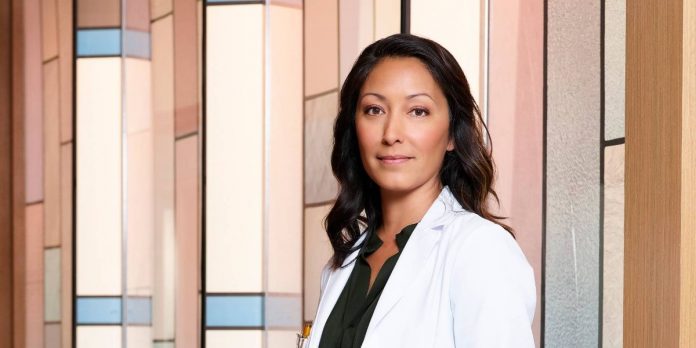 Tomorrow, January 11, The Good Doctor returns with its season 4, but its first episode of 2021, will be focused on Dr. Audrey Lim and her actress Christina Chang, has revealed some details that will happen.

The next episode of the ABC medical drama “Lim,” follows Lim on a particularly stressful day at work as she grapples, or not, with residual emotional trauma from the COVID-19 pandemic.

Recall that season 4 of The Good Doctor began with a two-part episode about the ongoing medical crisis before jumping into an ideal future where things returned to normal; however, the program clearly has not forgotten about the pandemic.

But for Lim, this episode is about finding out “that something traumatic is going on rather than exploring it fully. It will be explored in a future episode,” says actress Christina Chang.

“That’s one of the [scenes] that caught my eye when I was reading [the script].”

“No matter where you are in your career as a doctor, there is the pain of loss. It is a shared moment between someone who is an experienced surgeon and one who is like the beginning of their career. They are both in the exact same place in some way. They are sitting next to each other being human. ”

“That is one of the closest moments in which we see that Lim is vulnerable in this evolution as a character and person. I enjoyed it because it was a nice and quiet moment in which two people just shared how difficult it is.

What’s surprising is that the actress anticipates that the chief of surgery is beginning to lose patience with some of the residents, notably Shaun, Morgan, and Park, whose antics bring some humor to the heavy episode.

This would be the first episode which would be focused on the actress Christina Chang and her character of Dr. Audrey Lim, something that she herself enjoyed filming for being in each of the scenes of tomorrow’s January 11 episode of The Good Doctor.

Kylie Jenner is crowned the youngest billionaire for the second time