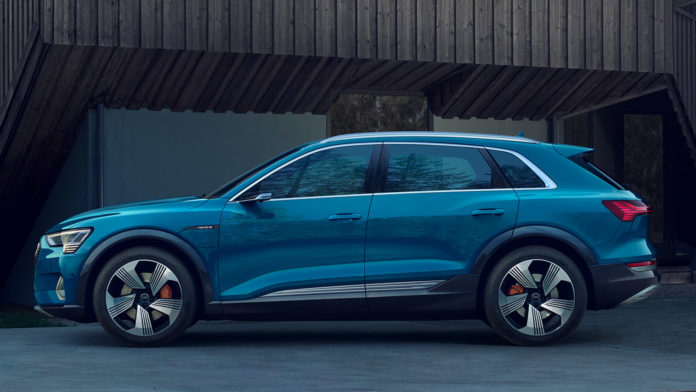 Although Audi invests in electric cars, it is determined not to compromise on performance and handling. The company’s E-Tron S electric car will be ambitious about drift performance.

Need For Speed ​​Underground 2 was a game legend, and the game taught that there was a race type called drifting to a generation. The features required for these races and the features of electric vehicles do not come together.

Electric cars are easy to control thanks to their low center of gravity and instant torque, but they cannot perform very well if the tweaks are not done when it comes to acceleration and drifting.

Audi E-Tron S assertive in drift
On the other hand, the electric model E-Tron S will not be left behind its rivals when it comes to drift. The S-variants of the E-Tron and E-Tron Sportback will have three engines. In this sense, it will be the first three-engine mass production car on the market.

The main engine of the vehicle will produce 124 kW of power, while this power will be 150 kW in performance mode. The two small engines at the rear will produce a total of 196 kW (264 kW in performance mode). This vehicle will not only have higher torque, it will also allow for “controlled drift” in desired situations. How much would it be you want to catch up with a hundreds of thousands of pounds of SUV, that’s another matter.

Audi secretly hides the start date of their new car
Audi has not yet released information such as when the new car, the E-Tron S, will be on the market and the price range. The only thing we know about the launch of cars is that they will be among the models of 2021.

In 2021, RS editions, which are even more powerful cars, will also be on the market. Probably, 0-100 kilometers acceleration time of these vehicles will be 4.5 seconds. While Tesla’s cars like the Model S and X are much more successful in this regard, Audi’s vehicle will be very exciting.