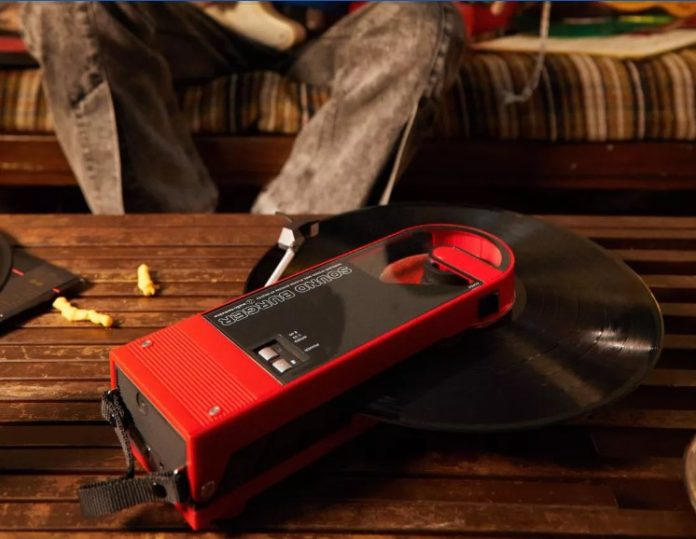 Part of the celebration of the 60th anniversary of Audio-Technica

In a nutshell: the Japanese audio company Audio-Technica has introduced a modern version of its classic personal Sound Burger player. The new player, model AT-SB2022, is modeled after the original Sound Burger (sold in some regions as Mister Disc) almost four decades ago. The battery-powered player is equipped with a belt-driven system that plays records at speeds of 33-1/3 and 45 rpm.

Modern amenities include Bluetooth connectivity and up to 12 hours of battery life without recharging (recharged via USB-C). Wired playback is also possible using the included 3.5mm RCA audio cable.

The new Sound Burger is a horizontal player in which a spring is used to press the needle. By the way, in the ATN3600L model, the stylus can be replaced if necessary. It is said that a high-precision DC motor provides stable rotation, and with a weight of only 900 grams (32 ounces), portability should not be a concern.

Vinyl has been experiencing a renaissance lately. According to a mid-2022 report by the Recording Industry Association of America, revenue from vinyl album sales increased to $570 million in the first half of 2022. Moreover, the share of vinyl in the physical music market increased from 68 to 73 percent over the same period. By comparison, CD revenue dropped two percent to $200 million, representing 26 percent of physical music revenue.

Some may consider the relaunch of Audio-Technica’s Sound Burger as an attempt to capitalize on the revival of vinyl, but this is not only history, but also the present. The player is part of a collection of products released in a limited edition in honor of the 60th anniversary of Audio-Technica. Thus, only 7000 copies are produced.

The portable Bluetooth Audio-Technica Sound Burger player is available for order at $199. This seems like a fair price considering the originals (new old stock) they cost about twice as much as on eBay.

Volkswagen adapted its logo to the Coronavirus!