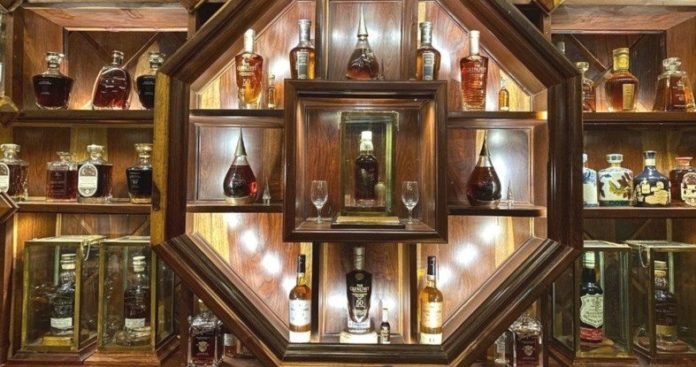 The world’s largest private whiskey collection was going to auction soon. Exciting the second hand whiskey market, this auction was postponed indefinitely after the DDoS attack.

There has been a general vigilance against cyber attacks worldwide recently. The number of attacks has increased even more during the coronavirus pandemic period. The last victim of these attacks was a Whiskey auction site.

Whiskey Auctioneer, the site that was attacked, also postponed its last collection auction due to the attack indefinitely. In this auction some of the most expensive whiskeys of all time would go on sale.

The Perfect Collection could not be sold
It was announced that the attack on whiskey auction site Whiskey Auctioneer was a DDoS attack. This attack is a kind of warning for the sector in a sense. It becomes clear that the auction industry needs higher levels of site security.

The collection that will go on sale if the site did not receive an attack is called the Flawless Collection and consists of 4000 bottles. These whiskeys are made up of bottles specially selected from the world’s most expensive and rare whiskeys. The collection, first gathered for the American collector and whiskey enthusiast Richard Gooding, was put up for sale by his family after Gooding’s death in 2014.

The sale, which is expected to be the second of the auctions but was postponed, would include 1,900 bottles of whiskey. These whiskeys include the record-breaking Macallan Fine and Rare 1926, sold for $ 1.9 million at the final auction. Other bottles include one of Glenfiddich’s first whiskeys that were officially launched 64 years ago, and some of Bowmore’s rarest bottles sold at high prices.

The first auction was held in February
The first part of the collection was made in February two months ago. There was no problem at that auction. The second auction started with problems. The company first announced that the last deadline to end on April 20 was delayed to April 22. The auction was postponed indefinitely when the problem was not resolved.

The case is currently being examined by the police. The site is closed. The process is also closely monitored by whiskey enthusiasts and whiskey firms in the auction around the world. It is estimated that the auction of the Flawless Collection will also shape the future of the industry.

Apple offers new devices but not the expected iPhone 12

Justin Bieber declares his love to Hailey Baldwin in “10,000 Hours”

Lisa receives threats and fans worry about her safety