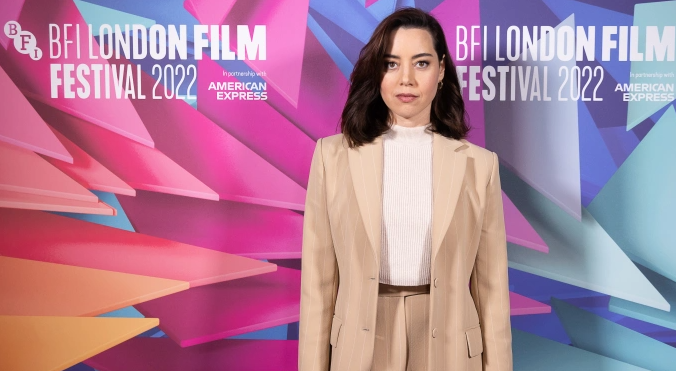 On Monday, Aubrey Plaza gave a keynote speech at the London Film Festival, where she said that during the filming of the film “Dirty Grandpa” her agent called her and said that her partner in the film Robert De Niro was “scared.” by her behavior on the set.

Plaza said she received a call at the very beginning of filming the film, in which she plays De Niro’s much younger mistress.

“I auditioned for this role. I really wanted this role,” she told the festival audience. “I created the character for myself and wanted to make the most of his capabilities. I work with De Niro. I’m playing his love interest. Nothing will stop me. But I didn’t have time with him. Didn’t have time to get to know him or anything like that. He appears as a puff of smoke when he shoots. They don’t chat with the water cooler. When he appears, it’s time to shoot.”

Plaza said that as a result, she was unable to get to know De Niro, and he could have misinterpreted her actions as her real identity.

“My character had one goal — to have sex with him. That was my motivation,” she said. “And I wear a wig in the movie. I was acting completely crazy as a character because we were going to shoot. I stayed in character because that’s what I do. I don’t think he realized it wasn’t me. You’d think he would, because he’s an actor and a great actor.”

Plaza said she was “all over” De Niro because she was trying to create chemistry on screen.

“In most of our scenes, we kissed and said dirty things to each other. It was funny,” she said.

Plaza came to the conclusion that she had established her off-screen relationship with De Niro a few months after filming began, when he invited the cast and crew to his home for lunch. Plaza said that at first De Niro didn’t recognize her when he saw her at lunch. But when she introduced herself again, the couple quickly became friends.

“After that, he fell in love with me. We really became friends,” she said. “And I think it clicked for him at that moment.”

Later, during the main presentation, Plaza devoted a long time to discussing her transition to film production. Plaza said that although 2017’s Ingrid Goes West was her second production success, it felt like the first film she had made a big contribution to.

“I remember reading the script that I got through my agent, and I knew the director, and I just watched the whole movie,” she said. “I was very excited about it, and I met with Matt Spicer, who is the co-writer and director of the film.”

Plaza said she “demanded” that Spicer cast her in the film, and she forced herself to get the producer’s recognition.

“I was just determined not only to act in the film, but also to be its producer in order to have more influence on the film, because I had a very strong feeling about it,” she said. “I felt like I figured out how to do it well.”

Plaza added that she wants to continue working behind the camera and plans to direct, but she will only shoot what she wrote.

The last Plaza producer celebrated Emily the Criminal on the screens as part of the London Film Festival.